Elections In India: From Ridicule To Sexual Innuendos, Why It's A Nightmare For Women Candidates

Indian politics remain a male dominated domain. So much so that women candidates aspiring to be an MP or MLA have to endure sexist comments and even fend off perverted men during their campaign trail 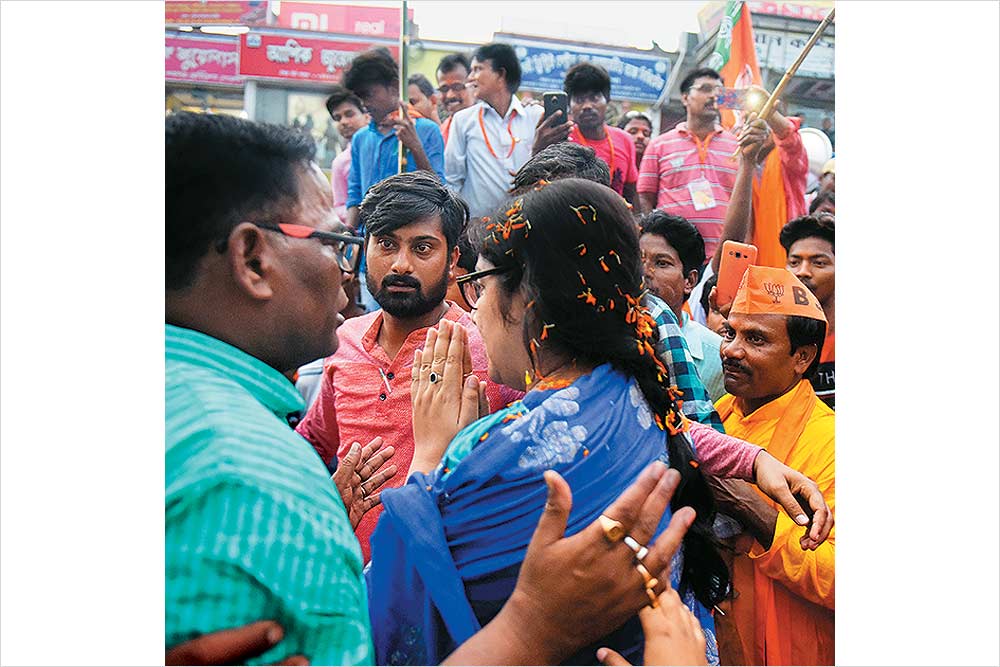 Star Power
Locket Chatterjee, a well-known actress of Bengal and BJP’s Hooghly candidate, during campaigning
Photograph by Sandipan Chatterjee
Bhavna Vij-Aurora, G.C. Shekhar April 25, 2019 00:00 IST Elections In India: From Ridicule To Sexual Innuendos, Why It's A Nightmare For Women Candidates

“We want Ali and we want Bajrangbali. But we don’t want Anarkali.”

These unsubtle words were said about Jaya Prada, BJP candidate from Rampur, one of the women contesting to get into India’s Parliament. And they were spoken by the son of someone who has even less subtle words to his credit, Samajwadi Party candidate Azam Khan. One fact that strikes you straight off: ‘secular’ politics is by no means a guarantor of a non-sexist worldview—a gender-neutral, if not actually pro-women one. The way those words mined the ‘naachnewaali’ stereotype flows obviously from Jaya Prada’s erstwhile career as a film actress. But you would be mistaken to think male-supremacist attitudes kick in only when women candidates come with a ‘glamour quotient’, an easy way to tarnish them as non-serious politicians. Take the articulate Ranjeet Ranjan, as serious a politician as you want, with fine speeches to her credit in Lok Sabha debates. Now, she may have...