24 Hours In The Life Of Ruskin Bond: Dreams, Dictionaries, Purple Pens And Other Passions

At 85, Ruskin Bond’s penchant for walking has diminished, but his pen is as prodigious as ever. Comfortably ensconced in his cottage at Landour, the much-adored author reveals how he makes the mundane interesting, his fondness for naps and wrestling, and the book he reads the most. 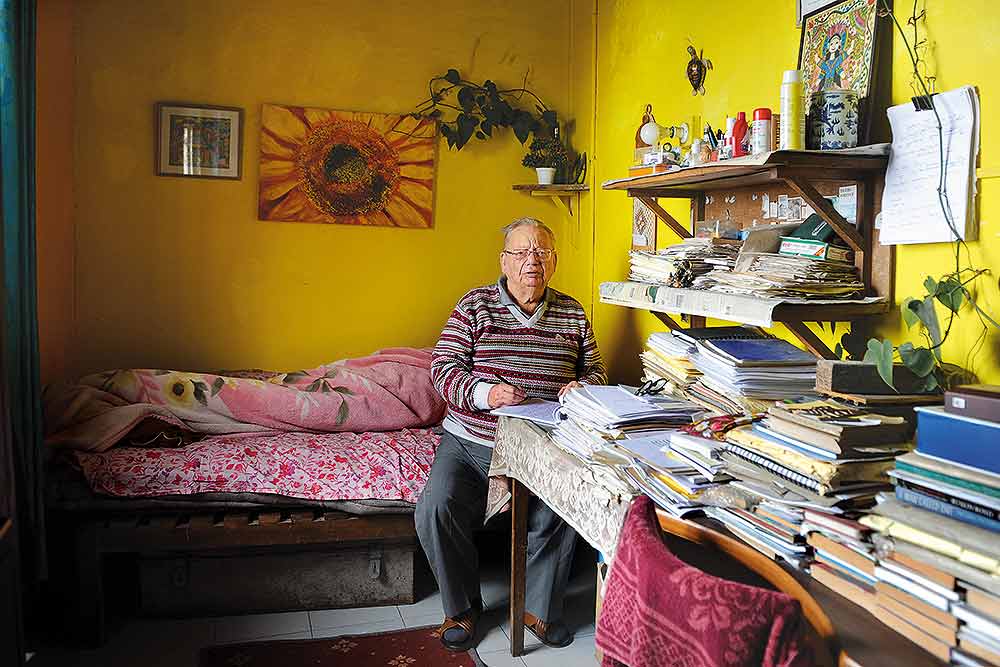 The mist has obscured the steep lanes of Landour, but finding our destination is not difficult. Every bystander knows Ivy Cottage, a literary pilgrimage spot of sorts. As we climb the fabled 22 red steps to his lair, a lone guinea pig heralds our arrival with gleeful squeals. We are ushered into a room where the walls seem to be made of books; I push aside the Bani Thani-imprinted cushions and take a seat.

It feels inappropriate to have roused one of India’s most popular authors from a nap, but Ruskin Bond is exceedingly gracious. “By nature, I am lazy,” he confesses. That is a quite an astonishing admission for a man who has published more than 130 books over seven decades and fervently hiked the Himalayas. At 85, his strolls have ceased, but his pen is as prodigious as ever.

“Earlier, I used to walk a lot and that would inspire ideas. But even though I don’t go out as much now, I don’t have problems finding things to write about. The older you get, the more experiences you have. Besides, I now remember many things I had...