‘Brand Laloo’ Has Diminished, Yet He Will Be A Force To Reckon With In 2019 Polls

He didn’t come out of the blue, as a one-man messiah. ‘Brand Laloo’ was erected on the back of years of social justice politics, as its stunning embodiment. 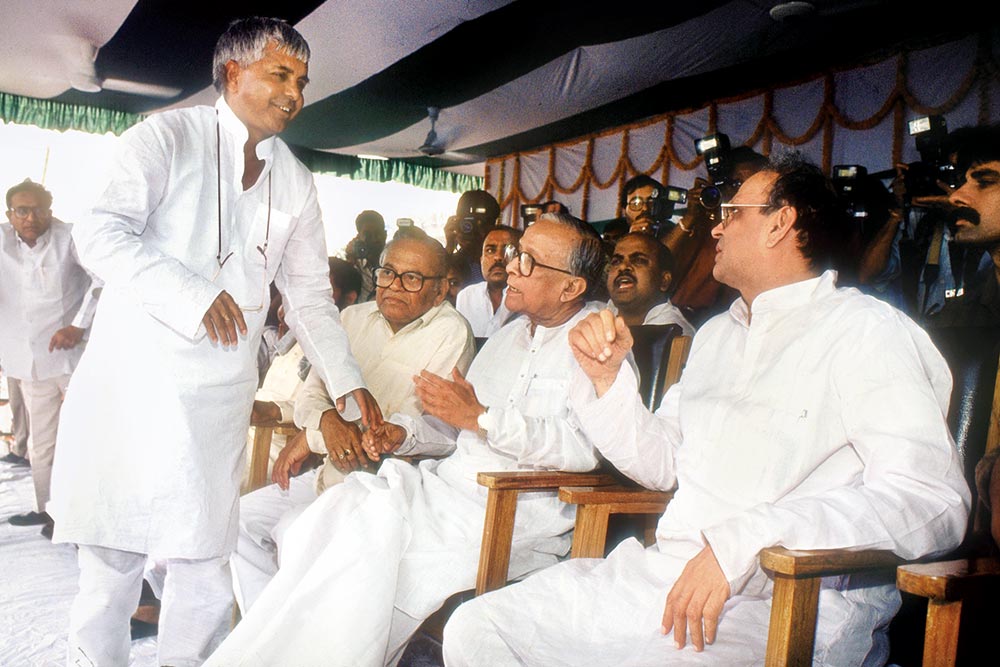 Halcyon Days
Laloo with Jyoti Basu and V.P. Singh in 1994
Photograph by Getty Images
Shaibal Gupta January 10, 2019 00:00 IST ‘Brand Laloo’ Has Diminished, Yet He Will Be A Force To Reckon With In 2019 Polls

For nearly four decades, Laloo Prasad Yadav has been the axis around which politics rev­olves in Bihar. He is one of the most important political and social figures in the state in the post-independence era—first as a student lea­der and then as chief minister, either de jure or de facto. Since his conviction in fodder scam cases and serious health problems, he seems forlorn. Age is also catching up. Over and above, the antics of his eldest son, Tej Pratap, to divorce his wife Aishwarya, have not gone down well with him. Incidentally, Laloo’s daughter-in-law has an enviable heritage; her grandfather, Daroga Prasad Rai, was a former CM who had played a significant role to establish Laloo against the might of Ram Lakhan Singh Yadav, once the uncrowned leader of Yadavs in Bihar.

Laloo’s contribution till date and his present relevance can be measured at three levels. First, as a political figure who influenced the national discourse; second, as a figure who changed the social and political configuration in Bihar; and third, his record in the realm of...