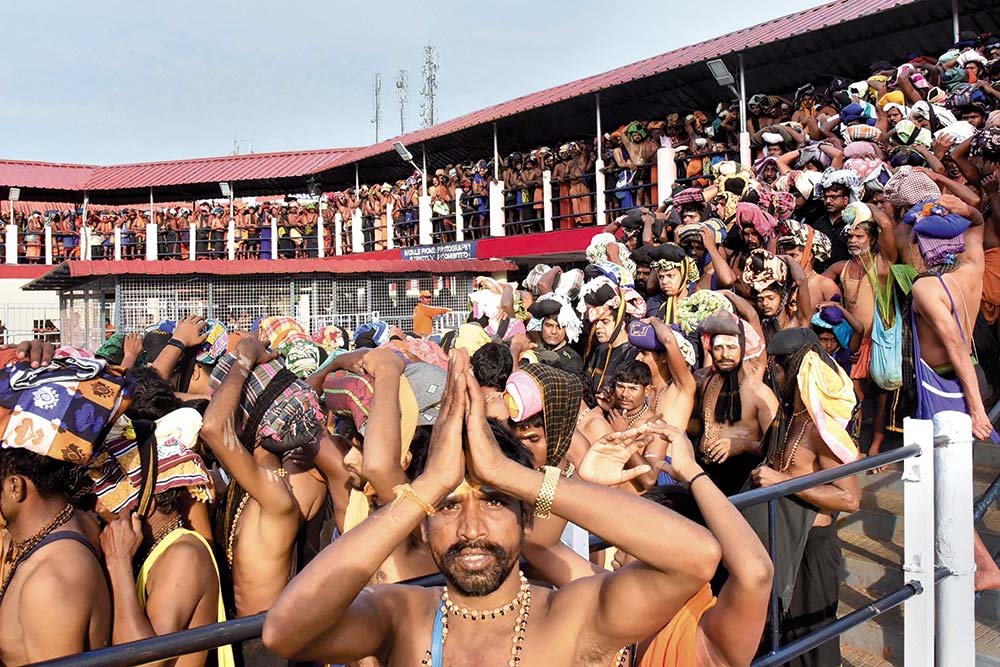 In God’s own country, faith can take unexpected turns. Two years after the Supreme Court lifted the ban on entry of menstruating women (age 10-50) into Sabarimala temple, the Congress is bracing to reignite the embers of a ‘holy row’ over the issue. Violent agitations after the LDF government decided to implement the court order and provide protection to women who headed to the temple had shaken Kerala for three months in 2019. The issue had been lying dormant since the apex court referred the questions of law arising out of review petitions to a larger bench. With Kerala going to polls in two months, the Congress has released the draft of a proposed law titled ‘The Sabarimala Ayyappa Devotees (Protection of Religious Rituals, Customs and Usages) Act’. “Violation of the traditions or any act challenging the traditions, as per the proposed legislation, would be reckoned a cognisable offence,” reads the draft, which prescribes imprisonment of up to two years.

The Congress move hasn’t gone down well with many activists and the...