They revere the Sikh gurus. Their annual calendar is an itinerary of Sikh history’s sacred sites. In the everyday life of Sikhs, though, the Nihangs are mostly a quaint curiosity. 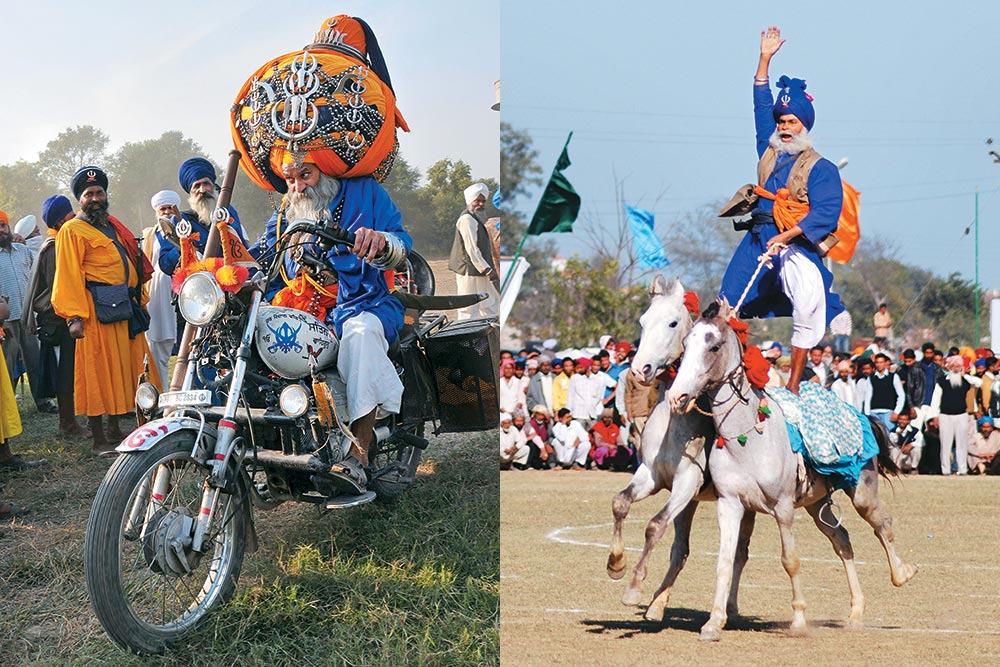 The word Nihang conjures up the image of a Sikh armed with traditional weapons and dressed in a loose blue top almost touching his knees, long (generally white) breeches, and a turban of more than usual length. Among all the diverse communities and distinct sects within the broad religious tradition of Sikhism, the Nihangs stand out. The prevalence of numerous traditions and practices in the Indian religious landscape makes it possible for Nihangs to pass for just another group with a distinct identity. Not every tradition within the Sikh rel­igion culminates in the formation of a distinct community, but the possibility exists. Moreover, when a religious tradition emerges, there is always a likelihood that it borrows from other existing traditions. It is in this context that the existence of Nihangs should be understood.

Enigmatic objects of curiosity for most people because of their exotic looks, and often seen as orthodox Sikhs with medieval weaponry, they are treated as outsiders in the everyday life of the larger Sikh community. This is so despite the visibility of...