The scene varies from state to state, but the overall forecast gives little hope 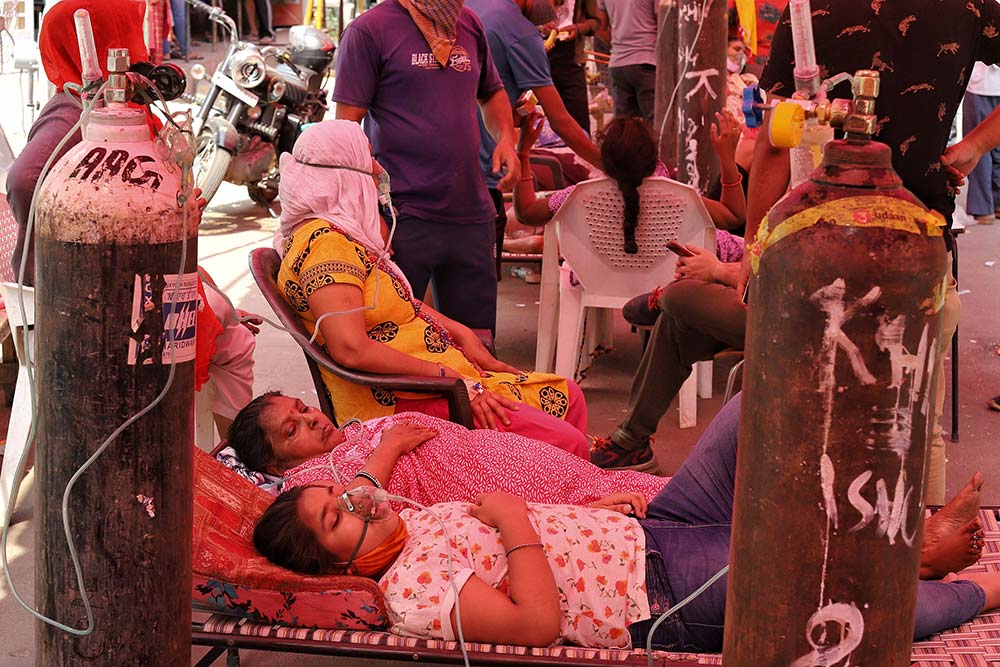 Chokehold
The need for oxygen is much higher in the second wave
Photographs by Suresh K. Pandey/Outlook
Ajay Sukumaran, Jeevan Prakash Sharma May 06, 2021 00:00 IST Grim Reaper Stalks The Land

The end of election season couldn’t possibly have brought more relief—the Covid graph breached the 4 lakh cases a day mark the same day and tragic stories were still streaming in. They came from remote towns—in Karnataka’s Chamarajnagar district, a hospital ran out of oxygen supply in the middle of the night on May 2, leading to the death of 24 patients—and from big cities, where people waited in queues to refill oxygen cylinders or made frantic attempts to get essential medicines for patients. And in between these heart-rending scenes, the menace of overcharging, hoarding and blackmarketing.

Where are we in the battle now? The grim forecasts haven’t changed much—a model by the Seattle-based Institute for Health Metrics and Evaluation projects 6.3 lakh deaths from April 26 to August 1, with the count of daily deaths peaking around May 20. There has been a growing call for a nationwide lockdown to break the chain of transmission—currently, many cities have local versions of lockdowns.