Politics beckons the latest from the Deve Gowda genepool 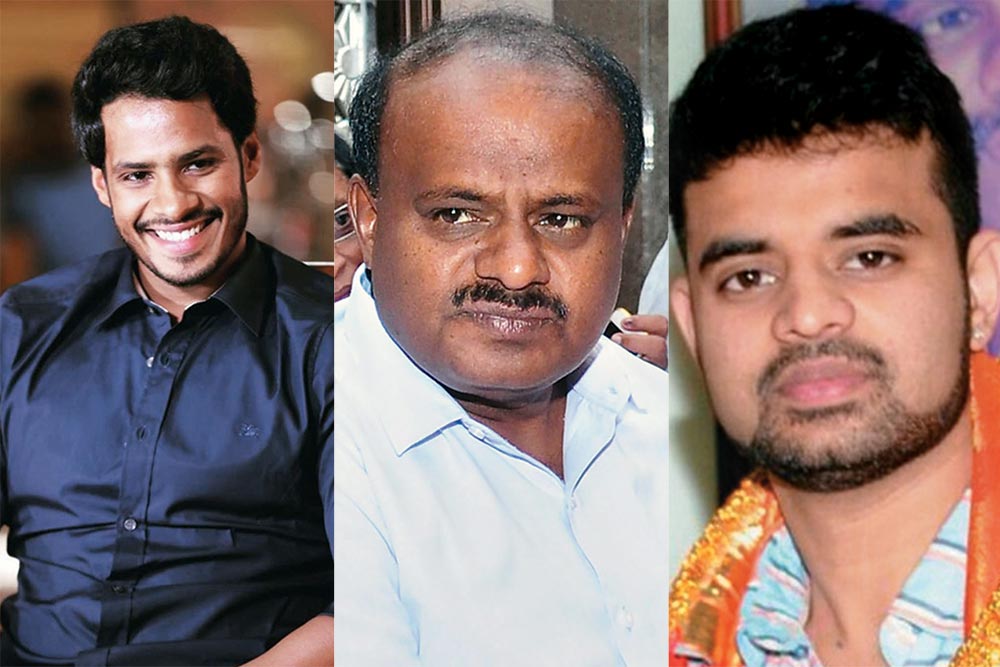 The Brood
(From left) Nikhil, son of Kumaraswamy; and Prajwal, the CM’s nephew

At a cinema in Mandya, the sugar bowl of southern Karnataka, the audience bursts into whistles when Nikhil Gowda delivers a line about a farmer—how he is the real innovator. A family entertai­ner with the usual commercial tropes, Seetharama Kalyana is the 29-year-old’s second Kannada film in the lead role. The buzz, however, is over whether Nikhil, son of Karnataka chief mini­ster H.D. Kumaraswamy, will make his political debut in Mandya in this summer’s Lok Sabha elections.

Indications that the third generation of H.D. Deve Gowda’s family were being groomed for a political career have been there for a while. So, speculation about Nikhil is swirling in Mandya. There’s an equal amount of curiosity about cousin Prajwal Revanna debuting from neighbouring Hassan, the family stronghold.

Movies and politics go hand in hand in Mandya, locals say. Quite fittingly, therefore, there’s a bit of a ‘filmy’ turn building up as coalition partners Janata Dal (Secular) and Congress get down to negotiating a...