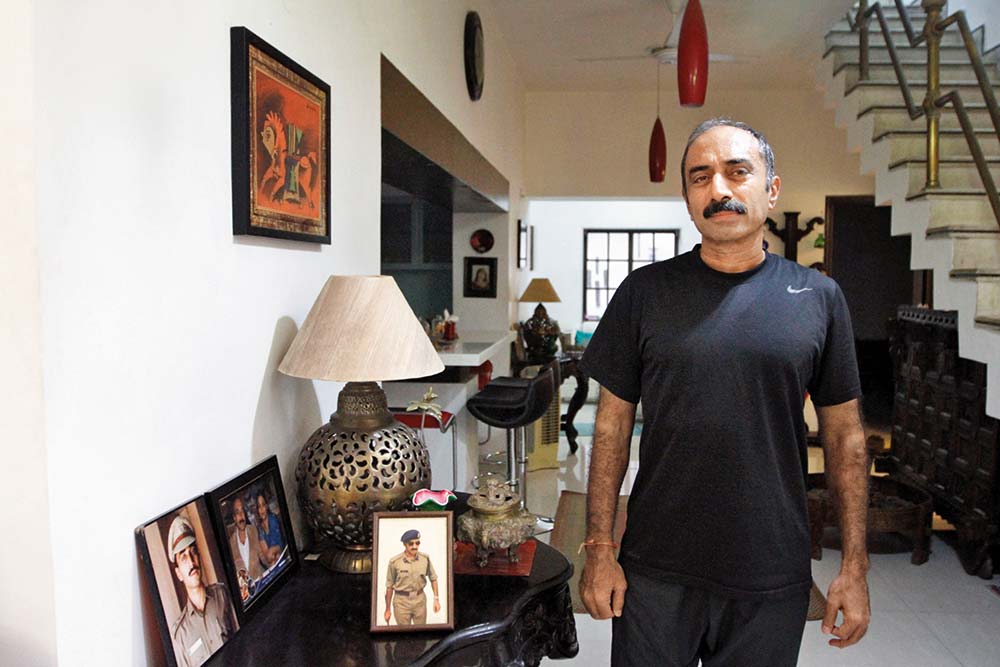 In Gujarat, coincidences oft­en get too close. Who would know this better than the inca­rcerated and sacked IPS officer Sanjiv Bhatt, awarded a life sentence last week in a case of custodial death dating way back to 1990. Since 1991, the state government had ref­used permission to prosecute Bhatt and other officers in the case while investigating off­icers had filed a report closing the case. The courts, however, rejected the police report and a case was initiated. The government filed a revision application, continuing to protect the officers. Come 2011 and Bhatt deposed against the Modi government before the Justice Nanavati Commission of Inq­uiry into the 2002 Godhra train burning and the subsequent communal riots.

“The same evening, the government’s protective shield for Sanjiv was lifted (and the prosecution started),” says a tearful Shweta Bhatt, wife of the jailed police officer. “Sanjiv did not detain anyone, did not arrest anyone, did not touch anyone, it all happened outside his jurisdiction. It was his life’s...