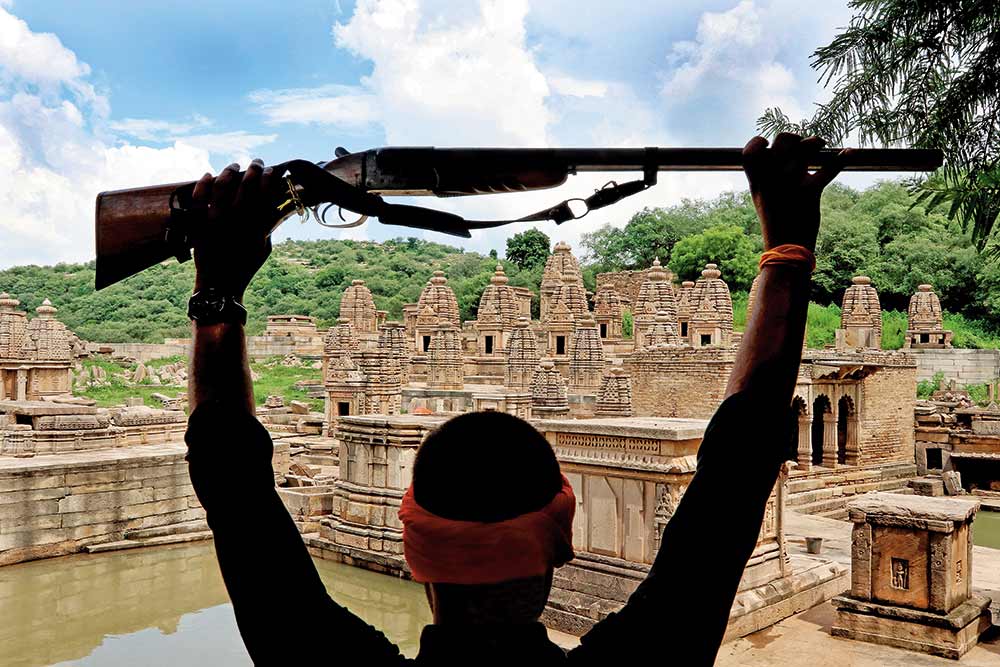 Long before a tobacco-chewing dacoit with an evil grin scorched the silver screen with his manic laughter in the 1975 Bollywood cult Sholay, the real­-life Gabbar Singh was unleashing terror across three states from his hideout in the ravines of Chambal—pillaging, plundering, killing; and cutting off noses of policemen his gang caught. The 1950s-1970s were the heydays of several gangs of dacoits operating from Chambal—the wild west of India in the hilly terrain cut through by the Chambal river. This was—and still is—the home to hundreds of Hindu temples, big and small. For the bandits, the ruling deities were the guardian angels. This is the story of Chambal’s dacoits and their end­uring love for the temples that gave them sanctuary.

Several former outlaws, who gave up the gun long ago, have written to the Centre, requesting urgent steps to restore and preserve the remaining temples that have stood the ravages of time. Among these holy sites is the Bateshwar temple complex, situated on a hilly range about 30 km from Morena....