From Roar To A Mew, Will Mamata Banerjee's Tactics To Guard Trinamool's Dark Secrets Work? 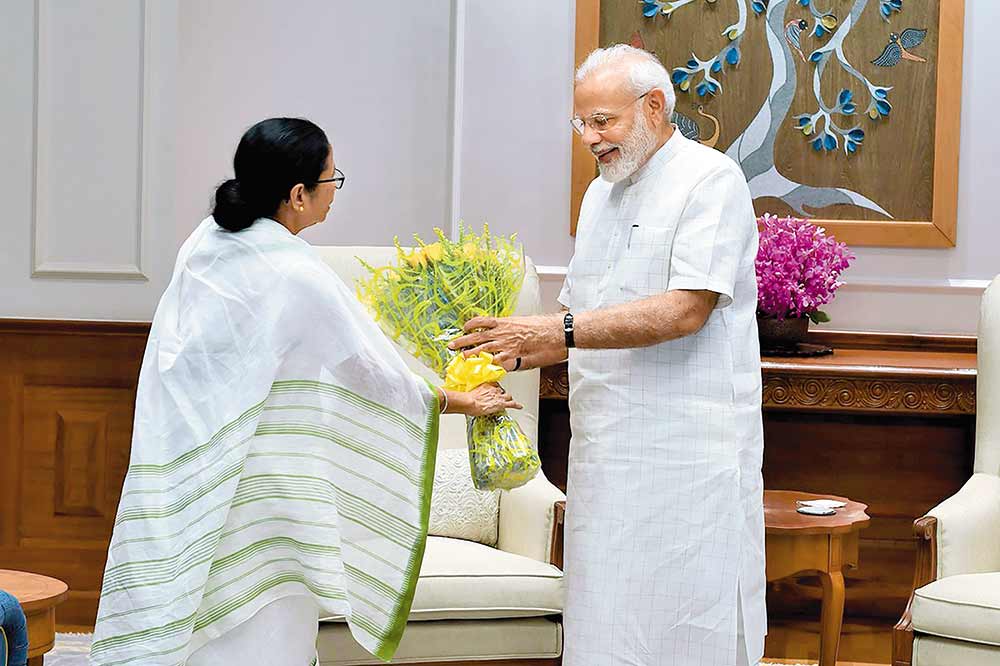 Mamata Banerjee roars. Mamata Ban­e­rjee mews. On September 12, she took out a massive rally to protest the perceived threat of the National Register of Citizens (NRC) being applied across the country. “I dare the BJP to touch a single person in Bengal till I am alive,” she warned. On September 18, she met Prime Minister Modi in Delhi and did not raise her burning concern about the NRC. Next day, she met Union home minister Amit Shah and did raise NRC with him, but toned down her menacing stand. “I raised the issue of Assam NRC with the home minister…,” she told rep­orters. “I spoke to him about the exclusion of 19 lakh people out of the Assam NRC; some of them are Hindi-, Ben­­­­­gali- and Gorkha-speaking people, genuine Ind­ian voters.” She blithely decl­ared that the issue of an NRC in Bengal was not discussed. “He did not talk of NRC in Bengal, and there is no need for NRC there,” added Mamata.

Gone was the intransigent objection to NRC. Instead, in a significant climbdown,...