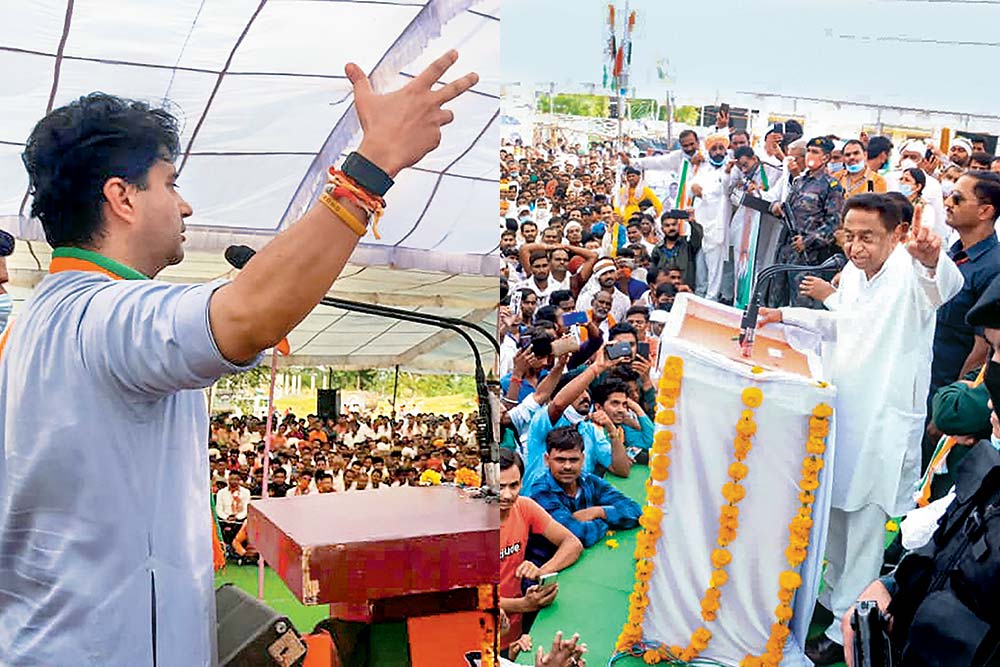 The campaign for bypolls in 28 assembly segments of Madhya Pradesh is proving to be a heady cocktail of ironies. The result on November 10 will determine whether chief minister Shivraj Singh Chouhan stays in office or not. But it is BJP’s Rajya Sabha MP Jyotiraditya Scindia who has been telling voters that his honour rests on the bypolls. The Congress’s campaign highlights the betrayal by 25 of its legislators who are now seeking re-election as BJP candidates. But it showcases with pride half-a-dozen candidates who, until recently, were with the BJP.

While 16 of the 28 constituencies are in the state’s Gwalior-Chambal belt, Digvijaya Singh, the Congress’s lone mass leader from this region since Scindia’s defection to the BJP, is keeping a safe social distance from the campaign; leaving old friend Kamal Nath to plough the unfamiliar electoral terrain. Scindia, the titular ruler of Gwalior, is now being derided by the Congress as a treacherous feudal lord. His new colleagues in the saffron parivar insist that he is a member of the proletariat,...