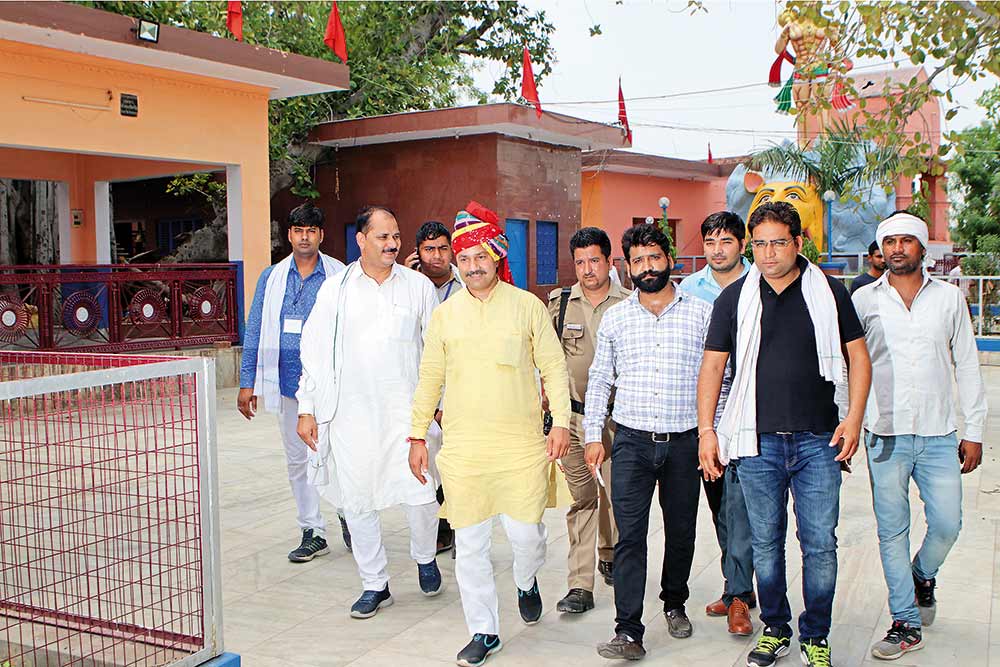 Men sit on striped durries, sipping cold drink in disposable glasses, at the community hall of Bond village in Haryana’s Bhiwani district. Addressing the gathering is Sher Singh Rana, who was convicted of the 2001 murder of bandit-turned-politician Phoolan Devi. Rana was granted bail by the Delhi High Court in 2016 and has been participating in what he calls “social activities” since then. In a starched yellow kurta at the Bond gathering, he talks of unity between Hindu and Muslim Rajputs under a Rajput political banner, and about leveraging the political clout to help youth from the community find jobs.

With eyes on the assembly polls in Haryana later this year, he has started a 50-day tour called Rashtrawadi Janlok Parivartan Yatra to drum up support for ­demands such as capital punishment for rape of a girl below 12 years, securing of ­pastures, a farmers’ commission, and a law that...