For former cricketer Joginder Sharma, switching over from cricketing to policing has been a veritable leap from one world to another 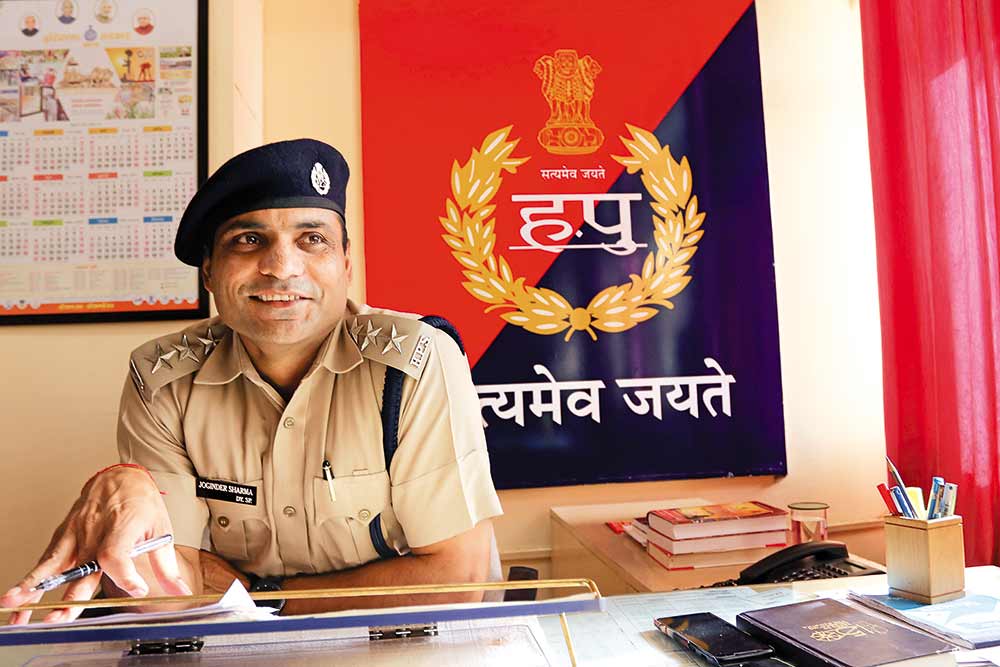 Pakistan needs 13 runs in an over, with one wicket remaining. It’s the finals of T20 World Cup in 2007, and they are playing arch-rivals India. “Maahi (M.S. Dhoni) handed me the ball and said, ‘Khul kar daal’ (Bowl with your heart),” says Joginder Sharma, the bowler trusted by the captain for the critical task. The first del­­ivery turned out to be a wide. “Everybody got tense, but I was smiling. The ball had swung. Swing was my strength.” Sharma bow­­led a dot ball, was hit for a six, and then dismissed Misbah-ul-Haq as he att­e­­mpted a fanciful scoop, helping India lift the World Cup.

Mightily pleased with his feat, the Haryana government gave Joginder a job in the police department the same year. He is now a deputy superintendent of police and is posted in Hisar. From cricketing to policing, it has been a veritable leap from one world to another. “In cric­ket, your circle is limited to a few. But as a cop, you meet so many different people every day. Cricket gives you fame....