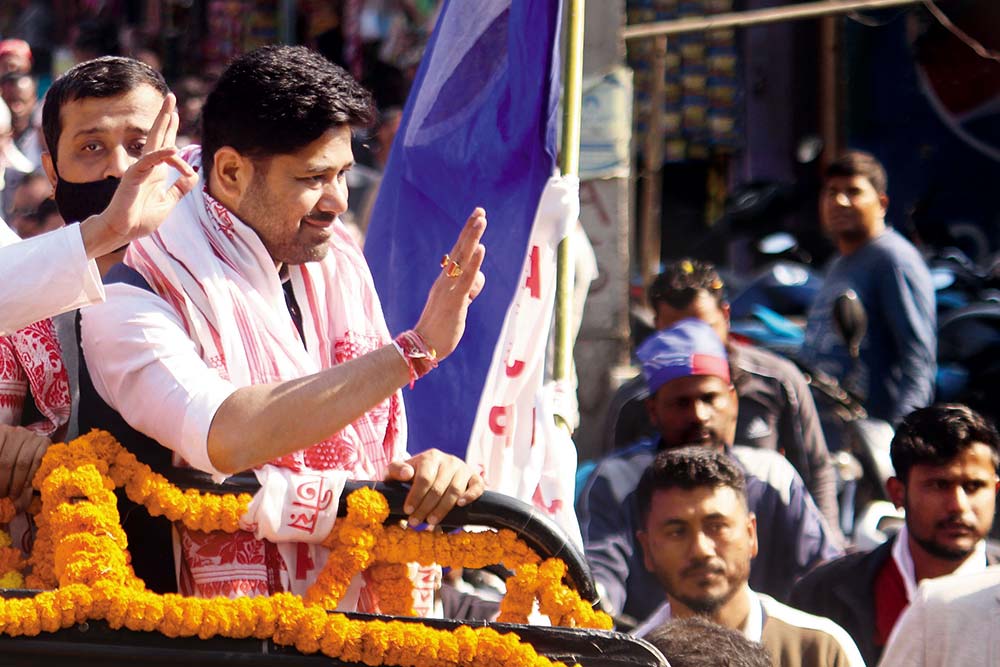 Light green, purple and yellow spring foliage provided a surreal backdrop as a rhino grazed in the swamp, her infant pottering about close behind, turning back now and then to charge at a trailing pond heron. Childish impishness a rhino calf can afford. Two elephants, a small rangale of hog deer and a couple of wild buffaloes laze under the March sun. The picture of arcadia is a wide-angle shot—a panoptic view of Assam’s Kaziranga National Park. The tranquility is but just a facade, hiding existential realities in a land where man and animal struggle to co-exist, and often face-off, sometimes with tragic consequences.

Pranab Doley grew up amidst this daily battle of his people—the Mishing tribe, an ethnic group living by the Brahma­putra and its tributaries since time began in this part of the world. Battered every year by floods and erosion, in conflict with wild animals wandering out of the park in search of food and shelter, and a system which, he says, advocates a “capitalist model of development” with no concern for the very people...