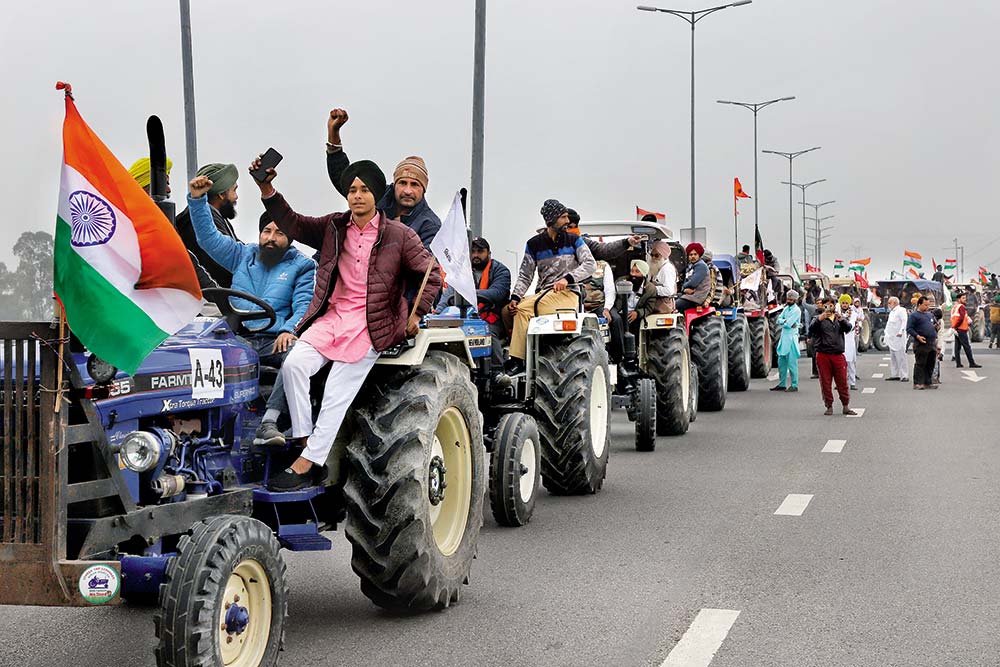 The Supreme Court, on January 12, suo motu extended its powers from examining legal challenges to  ­legislation to one that can take on the role of ­Parliament and order discussions on contentious laws. A three-judge bench, headed by Chief Justice S.A. Bobde, stayed the implementation of three new farm laws that have triggered nationwide protests by farmers, particularly at Delhi’s borders, and constituted a four-member panel to deliberate with all stakeholders and submit a report to the apex court within two months. This is, perhaps, the only instance of the apex court staying the implementation of a law without even hearing the parties concerned argue its prima facie constitutional validity. There were ample grounds for discussing the constitutional validity of the three laws, but those who wanted to discuss it, especially representatives of farmer unions, were given no chance to do so.

The majority of unions representing the agitating farmers have rejected the court’s effort at diffusing the crisis that has seen eight rounds of inconclusive...