Fast And Furious Mayawati In Damage Control Mode But Will Snapping Ties With Samajwadi Party Help?

Ahead of the 2022 Assembly elections in Uttar Pradesh, BSP chief Mayawati is making political moves that's evoking mixed responses. More importantly, she is becoming increasingly dynastic by putting her nephew and younger brother in key positions 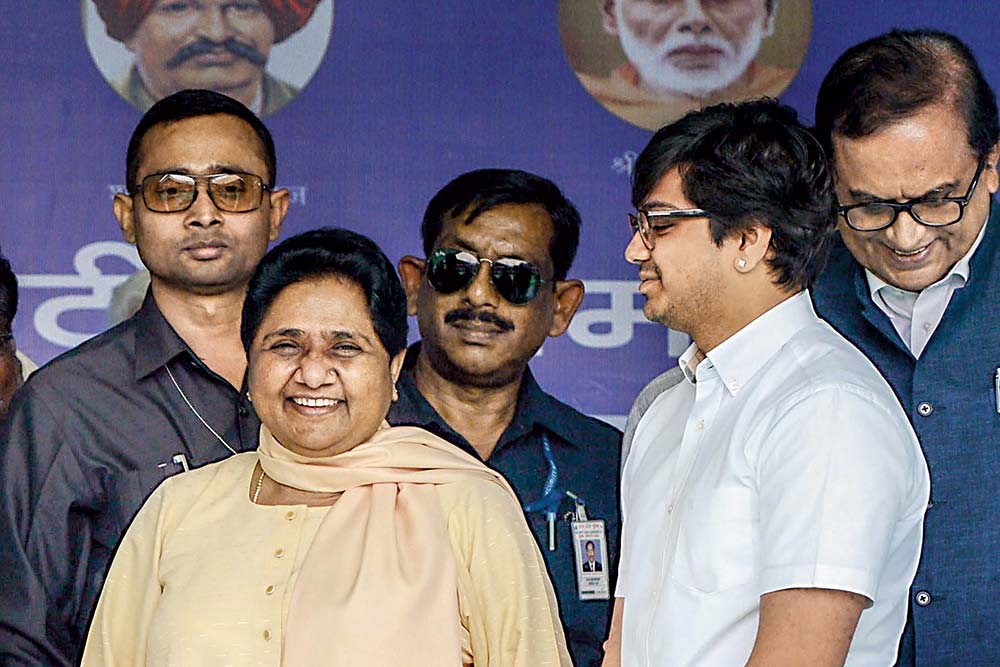 Family First
Nephew Akash Anand is all ears and admiration for Mayawati at a rally in Mainpuri
Photograph by PTI
Preetha Nair July 03, 2019 00:00 IST Fast And Furious Mayawati In Damage Control Mode But Will Snapping Ties With Samajwadi Party Help?

The Lok Sabha election results have not ceased having an effect on India’s political landscape—like a temblor with many aftershocks. Opposition parties still seem to be in post-traumatic shock everywhere. But there’s an unusual churn in the politically crucial state of Uttar Pradesh, and one party is not wasting any time in trauma ward. Unlike her counterparts—most of whom are still groping in the dark after the electoral drubbing—BSP supremo Mayawati has been making some quick moves to cut her losses and revive her career. An astute leader, she knows things are getting desperate for her party, and the 2022 assembly polls will be crucial for her. She has embarked on a revival plan for BSP, starting off by summarily snapping ties with the Sama­jwadi Party and then, in the middle of a burst of controlled acrimony, inducting her brother and nephew into the party’s power hierarchy.

Her decision to call off the much-ballyhooed mahagathbandhan with the SP, which came barely two weeks after the results, did not come as a surprise to many....