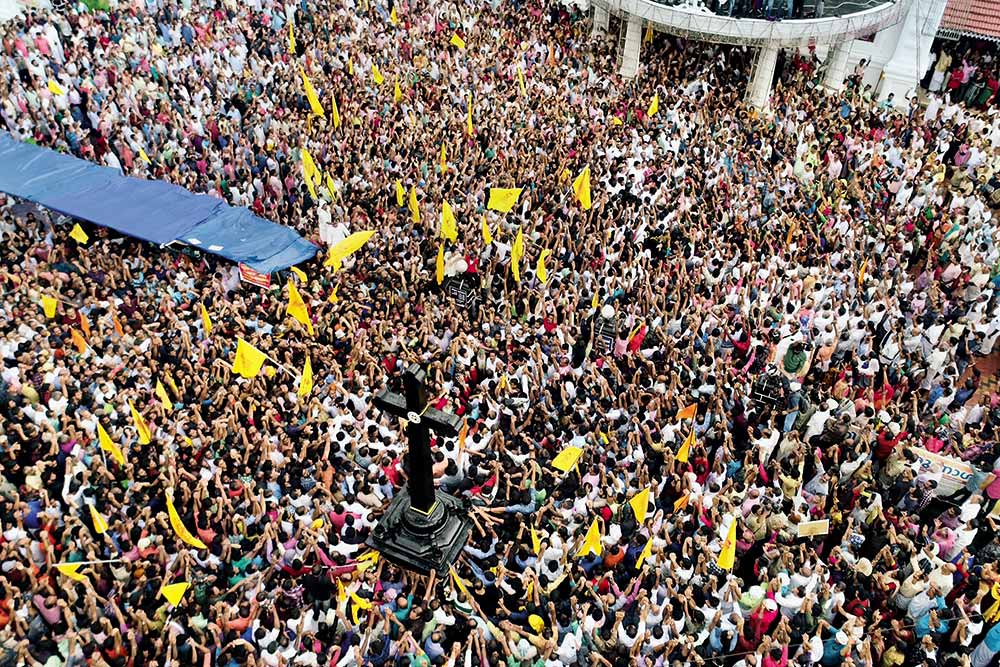 It’s called the fianchetto: a chess manoeuvre that positions a bishop on the second rank square vacated by an advanced knight’s pawn so as to open up a flank on the long diagonal that offers a direct line of attack to the opponent’s castle. Similar salvos are being fired across Kerala as the century-old internecine conflict bet­ween the Malankara Orthodox Syrian Church (MOSC) and the Jacobite Syrian Christian Church (Jacobites) app­ears to have entered another phase in a series of protrac­ted endgames.

Vicars and priests—armed with the July 3, 2017, Supreme Court order that upheld the Malankara Church’s 1934 constitu­t­ion and granted MOSC sole custodianship of some 1,100 parishes, properties, churches and coffers—have, under police protection, entered previously impregnable bastions of the faith over the past month. In the churchyard, as on the chessboard, one defence involves putting up pawn blockades—a tactic that has enj­o­yed varying success over the past two years, due in part to the state...