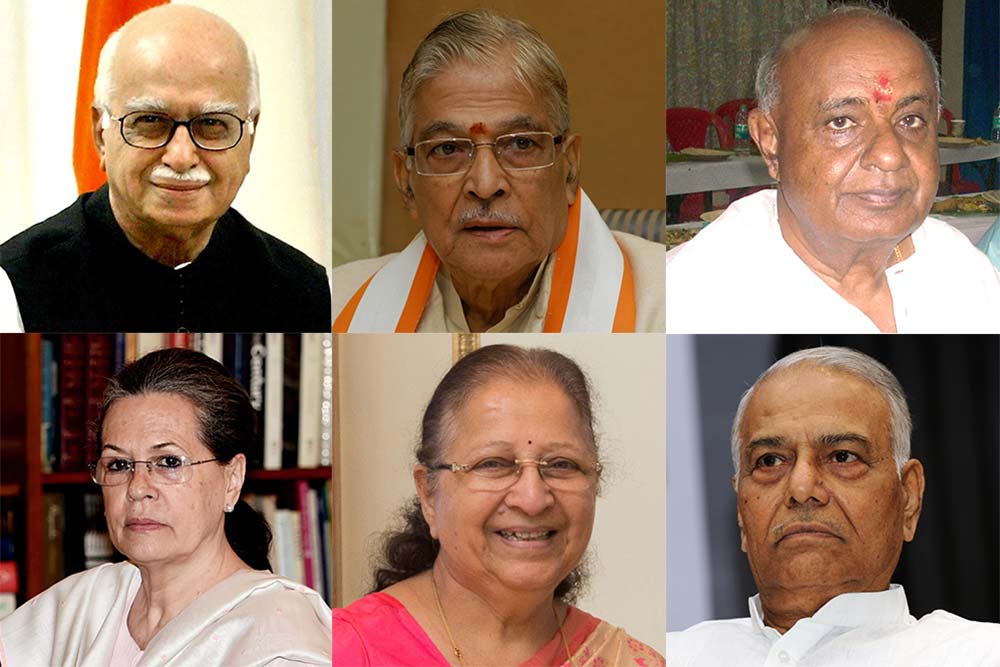 Some got a chance and some were cast away, some saw the writing on the wall and bowed out before the tide turned while others defied the tide and managed to stay afloat. They are dynasts and they are common folk who defeated the odds to climb up the political ladder and carve out their own fiefs. And then, there are those who defined a new brand of politics only to be ruthlessly elbowed out by protégés.

The Lok Sabha polls 2019 mark a watershed in Indian politics for the sheer number of veterans who shaped India’s political landscape and have now either fallen by the wayside or are in the final lap of their eventful careers.

The BJP, under Modi, has been the most brutal in benching aging leaders. Soon after its victory in the 2014 general elections, it had signalled that the original Rath Yatri, Lal Krishna Advani, will never have the reins of the chariot again. The co-founder of the BJP who saw his prime ministerial ambitions usurped by protégé Modi was swiftly relegated to the party’s ‘margdarshak mandal’ along...