In states like Bihar where the electorate is heavily divided by caste, strategic alliances with little-known parties can make or break the dreams of bigger political players aiming for a piece of the cherry cake at the Centre 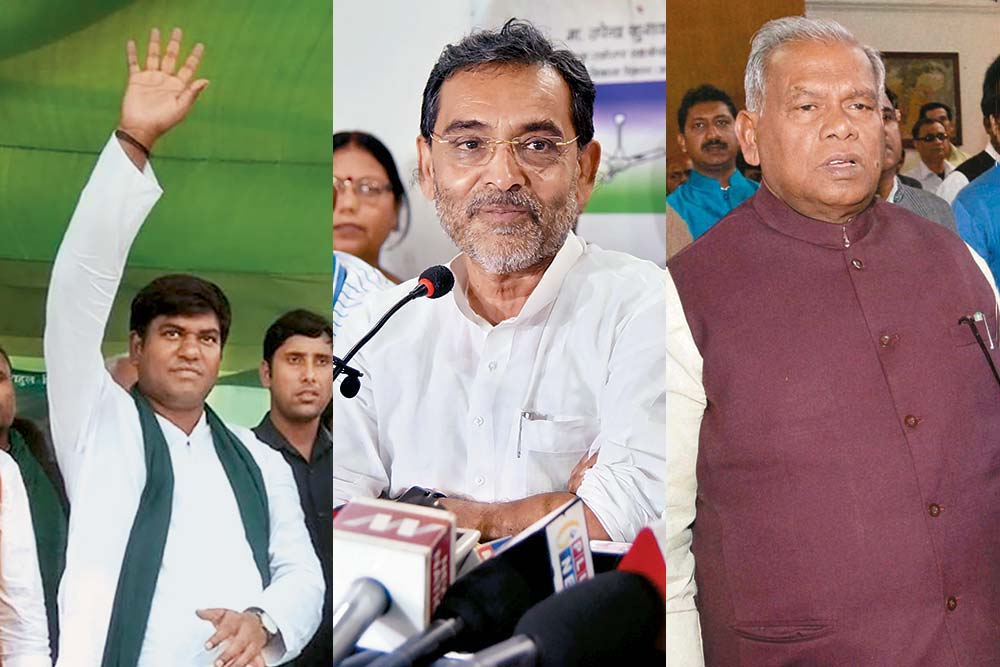 Nobody had heard of Mukesh Sahani in Bihar politics before the 2014 general elections. His solitary claim to fame was a crass Bhojpuri movie, Ek Laila Teen Chhaila (One Girl, Three Suitors) he had produced. Born in Darbhanga, he made a fortune supplying props in Bollywood for years before the political bug bit him. Five years later, he had the RJD—the state’s biggest party never known to be generous with ticket distribution among its allies—eating out of his palm ahead of the Lok Sabha polls. Sahani’s Vikassheel Insaan Party (VIP) is contesting from three Lok Sabha seats as part of the RJD-led grand alliance, not a bad bargain for a fledgling outfit making its electoral debut.

The importance of this 40-year-old “Son of Mallah” in this election could be gauged from the fact that RJD president Laloo Prasad Yadav had declined to spare more than three seats for a big party like the Congress, its erstwhile ally, in the 2009 parliamentary polls. But this time, the RJD distributed 10 of the total 40 Lok Sabha seats in Bihar without any...