Dry Run To Test The Water 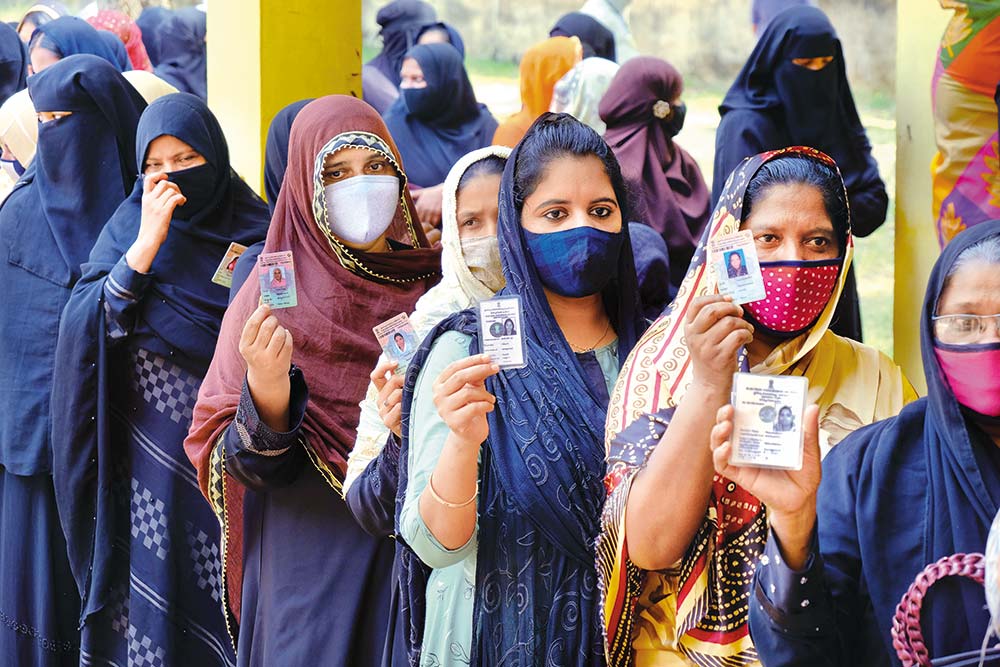 More than 110 Muslim and over 500 Christian candidates for local body elections in Kerala should not come as a surprise given the state’s demographic composition. But there is a twist in the story—all of them are candidates of the BJP, seen more as a party that rides on Hindu votes for its electoral successes. And if any party knows how to win elections—in recent times, that is—the BJP has made a habit of it.

And for this reason alone, the panchayat, municipality and corporation elections in the Left-ruled state has put the spotlight on the BJP, coming as it were after the party’s spectacular success in the recent civic elections in Hyderabad. Elections to the 1,200-odd rural and urban agencies across 14 districts are being held in three phases from December 8 to December 14. Votes will be counted on December 16. The elections are likened to a warm-up game for the big final—assembly polls are due in four months in the last remaining Left-ruled state in India.

The stakes are high for the Left Democratic Front (LDF) led by the...