Will it see the light of day before the Kerala Assembly polls in 2021? Will the law solve all the issues of the Christian faithful? 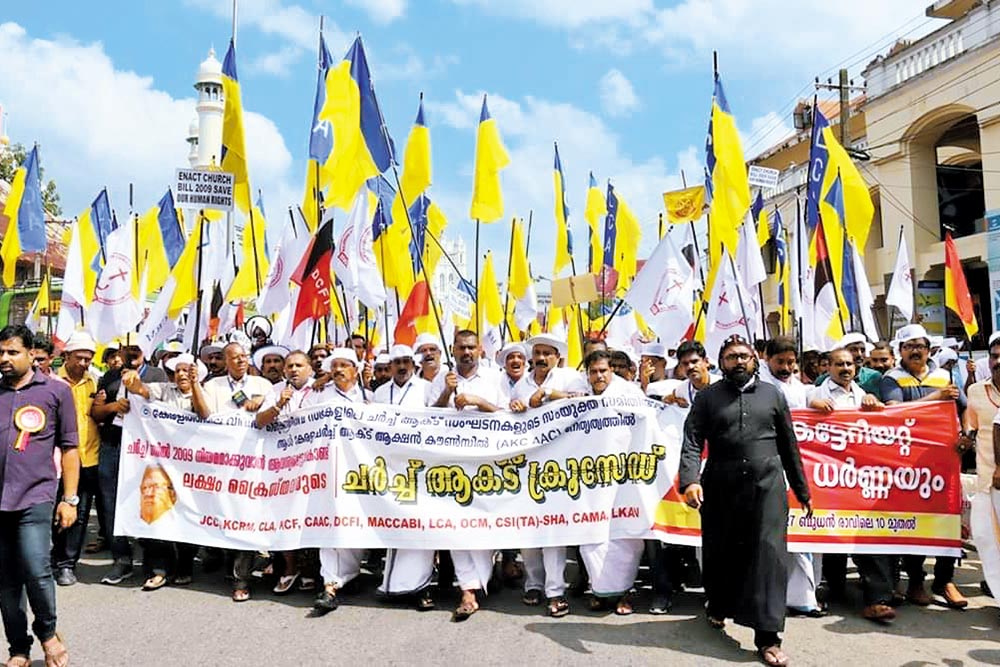 The Highest Stakes
A march demands a comprehensive Church Act

By convention, the cabinet of ministers in Kerala assembles on Wednesdays at the State Secretariat to air and address concerns related to governance. Beyond the barred gates, the aggrieved hold court, without fail, in Statue Junction – the city’s nerve centre. Even in this charged climate, the frisson of disquiet registered as over 1.5 lakh ‘crusaders’ laid siege to the centre of executive power from mid-morning to dusk last Wednesday (Nov 27) was palpably different. For one, it was a decade in the making.

Organised by the All Kerala Church Act Action Council (AKCAAC) – an umbrella body of Christian reformist groups cutting across denominational lines, the ‘Church Act Crusade’ called for the government to bring into force the Kerala Christian Church Properties and Institutions Trust Bill (2009). The draft Bill, as outlined by then State Law Reforms Commission chair, late Justice V.R. Krishna Iyer, sought to create a transparency and oversight mechanism in the administration of church properties and assets as also other temporal...