'War Is The Continuation Of Politics By Other Means'

War is also politics by other means. ‘Brand Modi’ revivifies with some timely, poll-eve military lustre. 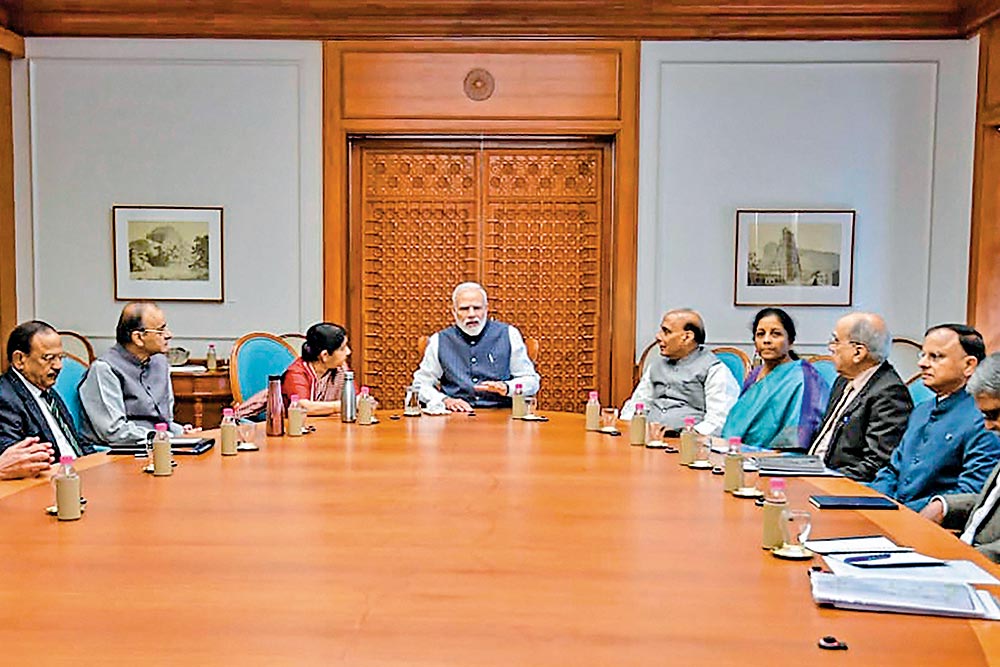 Mission Accomplished
Modi chairs a CCS meeting after Balakot
Photograph by PTI
Bhavna Vij-Aurora March 01, 2019 00:00 IST 'War Is The Continuation Of Politics By Other Means'

A universal pattern in times of war is for normal, everyday politics to freeze. Combatants in that arena cease their usual hostilities and join their collective forces in the service of a higher cause. But then, as the famous aphorism by Prussian military theorist Carl von Clausewitz goes, “War is the continuation of politics by other means”. And these are not usual times in India. In the tense aftermath of IAF fighter jets flying across the LoC for their dramatic pre-dawn strike on February 26, both government and opposition, in action and word, exhibited a strong awareness of how it would or could affect the coming elections. Whether or not hostilities on the border skim closer to or extend beyond India’s election calendar—the formal opening ceremony is slated for this week, when the EC is to announce the poll dates—be sure that it has affected the electoral rhetoric for good.

Judge it on both sides. Just hours after the air strike, a triumphant Prime Minister Narendra Modi swore upon India’s soil and said “the nation is in safe...