'Doormat Of Central Leaders?' -- Why All Jammuites Aren’t Celebrating Life Without Article 370 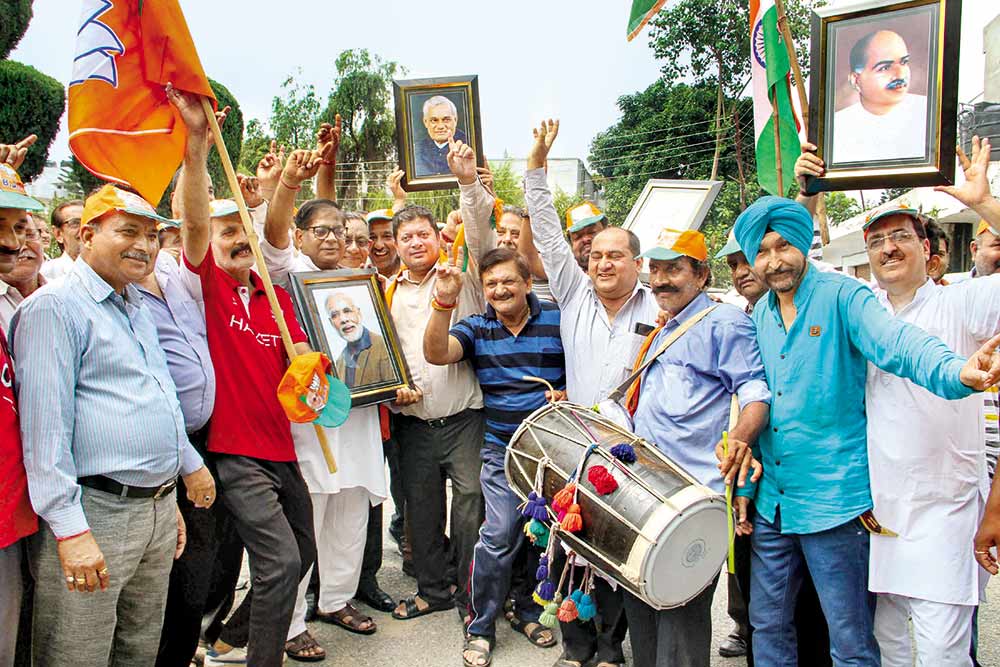 As the end of Jammu and Kashmir’s special status has been mostly seen in terms of the region’s integration with the rest of India, most discussions on the subject have focused on its impact on the insurgency-hit, Muslim-majority Valley. It is rarely mentioned that Hindu-majority Jammu lost its special status too. A year after the abrogation of Article 370, many in Jammu feel they are destined to be a victim of the Centre’s approach to “either appease or punish” Kashmiris. “Jammu is like a doormat for Delhi-based leaders. On their way to Kashmir, they break the journey here, make promises and forget them the moment they leave for their destination,” says Pandit R.C. Sharma, a local peace activist, largely summing up the sentiment in Jammu.

Sharma, whose father arrived in Jammu from Pakistan-occupied Kashmir after Partition, runs an NGO, the JK Youth Sharnarthi Action Committee. Like many other locals, Sharma feels the Centre always ignored the people of Jammu to woo Kashmiris, and that now, after doing away with Article 370, it...