The passing away of the 52nd Syedna Mohammed Burhanuddin in 2014 triggered a succession battle and protracted court cases. Burhanuddin's son Saifuddin and half-brother Qutbuddin have split the prosperous Dawoodi Bohra community 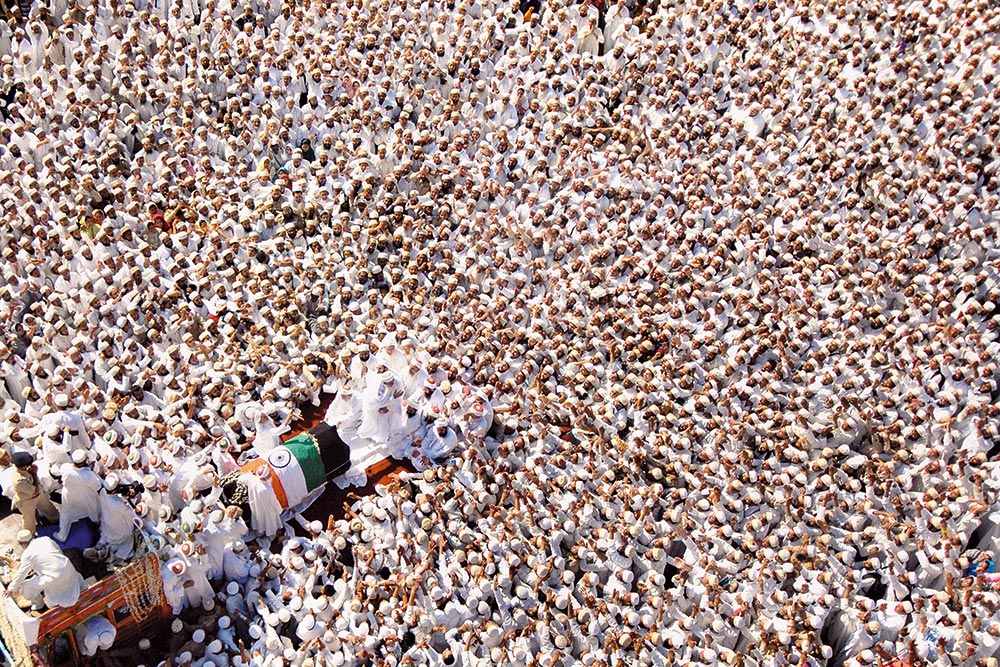 Dust To Dust
There was a ­stampede at the ­funeral of the 52nd Syedna Mohammed Burhanuddin on January 18, 2014
Photograph by Getty Images
Prachi Pinglay-Plumber May 29, 2019 00:00 IST Leadership Battle Splits Dawoodi Bohras

January 17, 2014, was a sad day for Fehmida Chipty. That was the day the Dawoodi Bohra community’s religious leader, the 52nd Syedna Mohammed Burhanuddin, passed away in Mumbai. Thousands of Dawoodi Bohras made their way to Saifee Mahal in South Mumbai to get a last glimpse of their revered leader known for uplifting the community and enc­ouraging modernity and trade. But, adding to Fehmida’s grief, a bitter succession battle emerged on that very day. The 52nd Syedna’s half-brother Maulana Qutbuddin as well as his son Mufaddal Saifuddin both claimed to have been chosen to be the next Syedna. Qutbuddin, however, left the south Mumbai premises and shifted to Thane overnight, while Saifuddin took charge as the commun­ity leader. Soon Qutbuddin filed a case in the Bombay High Court claiming he was appoin­ted as Mazoon and conferred the “Nass” (to bec­ome the next Syedna) as far back as 1965.

The Syedna succession case has been heard on an expedited basis since June 2014 and he has appeared before the court about eight times,...