Didi Blows A Cyclone To Delhi

The Bengal defeat has become too bitter a pill for the BJP to swallow, and it is conceding more ground to one of its strongest rivals. 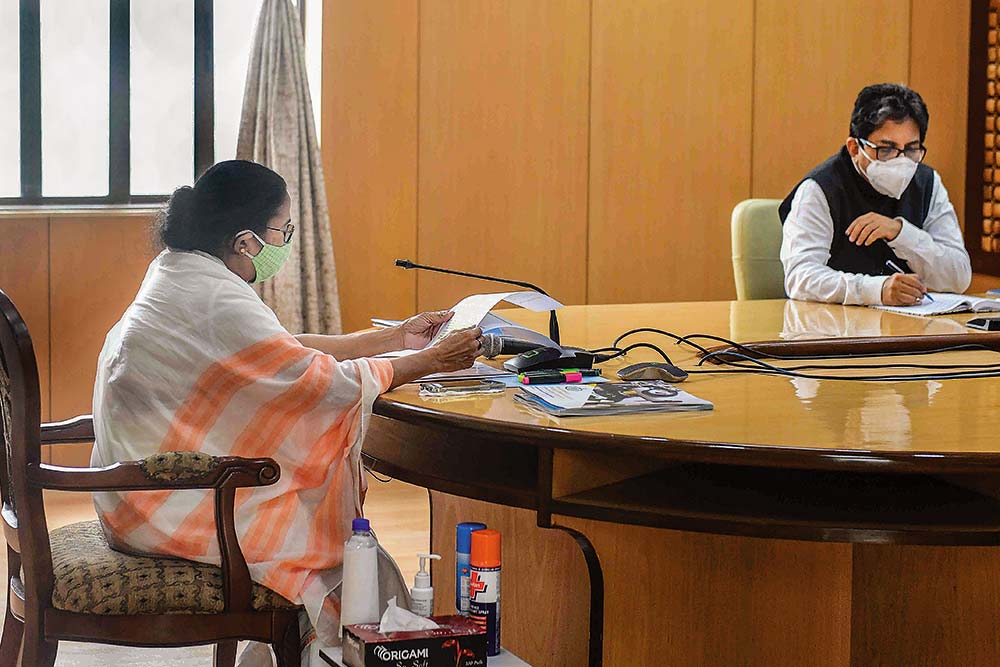 As the hashtag #BengaliPrime­Minister trended on Twitter on May 31, West Bengal CM Mamata Banerjee seemed to have won two rounds of a battle—first, the assembly polls that showed the BJP on Narendra Modi and Amit Shah’s watch is not invincibile; second, the Centre-state tussle after the election results galvanised the entire Opposition to her side. The Centre sent teams to probe alleged post-poll violence against BJP supporters, and then the CBI arrested those Narada-accused who are not with the BJP. This was followed by a tussle over the Cyclone Yaas review meeting—the unprecedented invitation to leader of the Opposition Suvendu Adhikari prompted Mamata to skip a meeting with the PM. The row escalated over the Centre’s action against the state’s chief secretary, Alapan Bandyopadhyay, one of her trusted bureaucrats. He was asked to report to the Centre, immediately. Even as Bandyopadhyay took retirement rather dramatically to avoid a posting with the Union government, the Centre issued a show-cause notice asking him to explain his absence at the...