Spoken Too Soon: Is Praise For Odisha For Tackling Cyclone Fani Misplaced?

Evacuation was successful, but Bhubaneswar and large swathes of the state continue to be without electricity and water even five days after Cyclone Fani battered Odisha. Has the Naveen Patnaik government done enough? 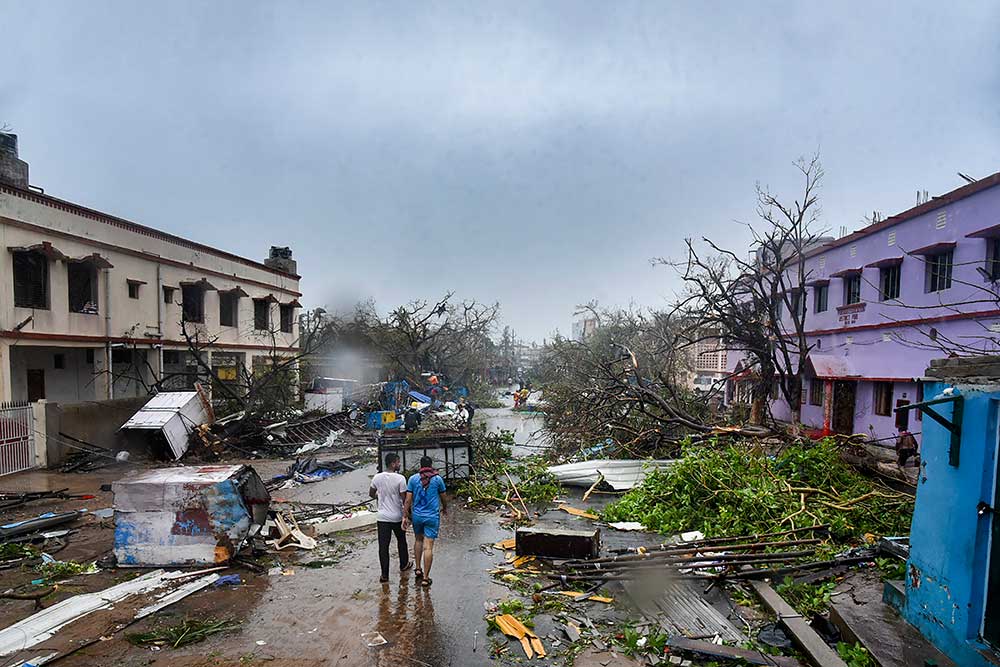 Cyclone Litter
A row of uprooted trees and the detritus of a whirlwind on a road in Puri bear witness to Fani’s awesome fury
Photograph by PTI
Ruben Banerjee May 08, 2019 00:00 IST Spoken Too Soon: Is Praise For Odisha For Tackling Cyclone Fani Misplaced?

Cyclone Fani—meaning the hood of a snake—lived up to its fearsome label by stinging Odisha ferociously last week. The storm, packing winds up to 200kmph, slithered up on the eastern state and wrought immense havoc, toppling houses, uprooting electric poles and flattening trees. Large swathes of Odi­sha rocked and shook violently as the growling storm, accompanied by blinding rains, torpedoed its way through before heading to West Bengal and beyond, spewing more venom.

Given the intensity of the gale, the damage inflicted was expectedly extensive. But that not many human lives were lost makes for heartening news. That is something Odisha can be proud of. Hammered by the Super Cyclone of 1999 that killed some 10,000 people after the storm scooped up the sea and brought gigantic waves 22 km inland in Ersama of Jagatsinghpur district, valuable lessons have been learnt. With memories of that disaster still fresh, residents are more aware and