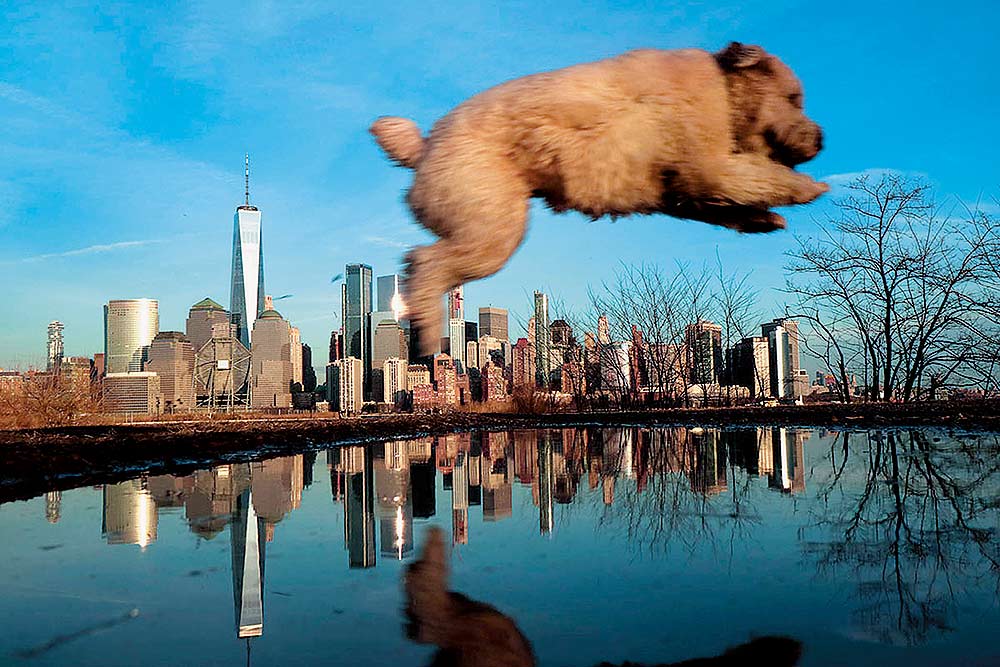 Image Of The Week
Jumping Jack A pooch jumps over a puddle with the Manhattan skyline in the backdrop
Photograph by Getty Images
February 20, 2019 00:00 IST Deep Throat

Suspended BJP MP Kirti Azad has embraced the Congress—the party that had his father Bhagwat Jha Azad as the Bihar CM. But where does it leave the former cricketer? He has been a three-term MP for Darbhanga and if fielded from there in the summer general elections, RJD’s M.A.A. Fatmi, a Laloo Prasad Yadav man, will have to sacrifice his seat (assuming a RJD-Congress alliance). Else, Kirti may be shifted to Madh-ubani—where Congress’s Shakeel Ahmad and RJD’s Abdul B. Siddiqui are strong. Another option is Kirti versus BJP’s Manoj Tiwari in East Delhi. But with an airport and a proposed AIIMS in Darbhanga, would Kirti like to shift seat?

Her political debut may have been relatively low key, but the Priyanka Gandhi factor has certainly entered the political narrative. Though her first scheduled press conference had to be postponed because of the Pulwama attack, she reached out to the families of the slain troopers through an empathetic statement. The...