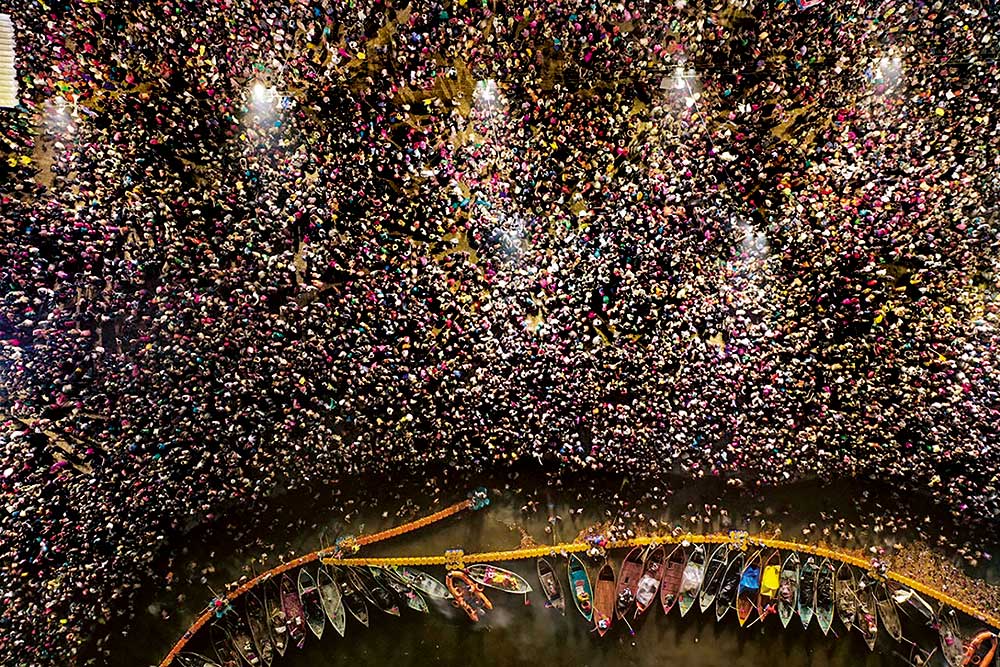 Image Of The Week
Ganga By The Sea Devotees wait for a dip in the river on Mauni Amavasya in the Kumbh Mela, Allahabad
Photograph by PTI
February 06, 2019 00:00 IST Deep Throat

Election season throws up all kinds of arithmetic and chemistry. Take urban Bangalore’s two Lok Sabha seats. Bangalore South was held by the late H.N. Ananth Kumar consecutively since 1996 and it’s not clear who the BJP will choose this time. In Bangalore North, there’s been speculation about Janata Dal (Secular) supremo H.D. Deve Gowda shifting there. Union minister D.V. Sadananda Gowda is the MP from this seat. But it was former Karnataka chief minister S.M. Krishna —not much in the public eye since joining the BJP two years ago—who piqued curiosity last week. Is a high-voltage battle between Gowda and Krishna on the cards?

Patna University’s teachers and students should have jumped for joy when Congress president Rahul Gandhi, at a recent rally in Bihar, promised central university status to the institution. But they didn’t. Central status has been an old demand of the university, the seventh oldest in the country, once known as the Oxbridge of the...