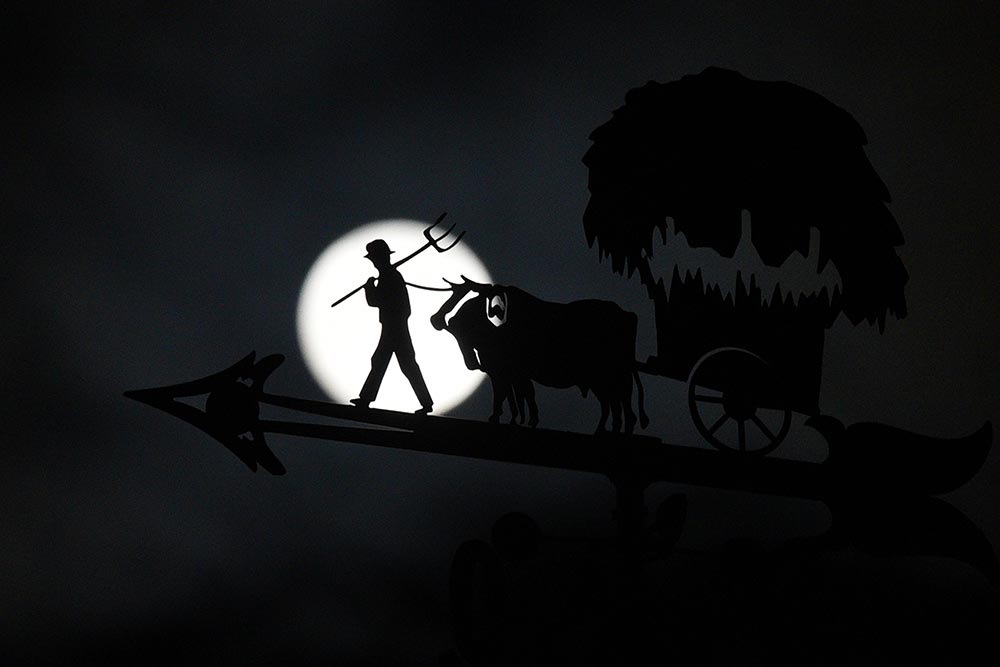 Image Of The Week
Super Blood Wolf Moon We don’t know who gave this gory, howling name but our moon during the eclipse on January 20 was a sight to behold, like when it silhouettes a weather vane in a Spanish village
Photograph by Getty Images
January 23, 2019 00:00 IST Deep Throat

With election season upon the country, many have discovered their latent political ambitions and making a beeline for tickets to contest the Lok Sabha polls. The popular choice is the BJP despite the Congress’s latest upsurge. IN the queue is said to be retired Railway Board chairman Ashwani Lohani, who is in touch with BJP leaders. It is widely believed that he will get an extension to nurse the ailing public transporter to health. But Lohani may bite the political bullet if offered a ticket from home state Uttarakhand. Well, his social media posts about his  desire to do something useful for his state are anything but clues.

When Prime Minister Narendra Modi and chief minister Nitish Kumar hit the campaign trail in the run-up to the 2019 general elections in Bihar, they will be setting a record of sorts. The two leaders have never shared the dais at any election rally in the past. Though the BJP and JD(U) had been allies for long and their coalition government was in power from...