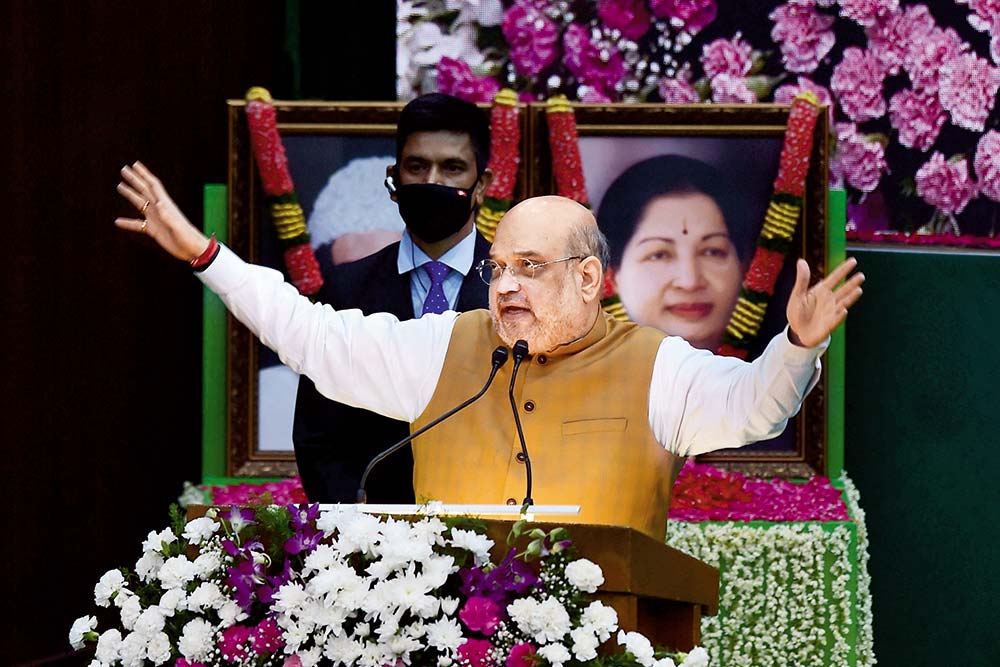 Our real work starts after next year’s assembly elections. After that we have to grow on our own, not depend on anyone for support. Only then can you aim to be in power in five years.” So said Amit Shah bluntly to Tamil Nadu BJP functionaries around midnight on November 21.

The Union home minister’s remarks came in response to speakers expressing reservations about sailing with the AIADMK, after the chief minister and deputy CM dec­lared that AIADMK’s alliance with the BJP would continue for the state elections as well. Rather than deliberating on their objections, Shah asked them to concentrate on one task—strengthen the party at the booth level. The alliance issue will be addressed by the party leadership, he told them.

“For Amit Shah everything is long term. Here we were expecting him to give us a roadmap for the coming assembly elections. Instead, he asked us to be ready for the 2026 assembly elections. He gave us the example of Northeast—on how long the BJP had been working there bef­ore making an impact...