Congress Does Not Believe In Soft Hindutva: Ashok Gehlot

In an exclusive interview with Satish Padmanabhan, Congress veteran Ashok Gehlot speaks about his government's plans for Rajasthan, Hindutva and the possible outcome of the forthcoming general elections. 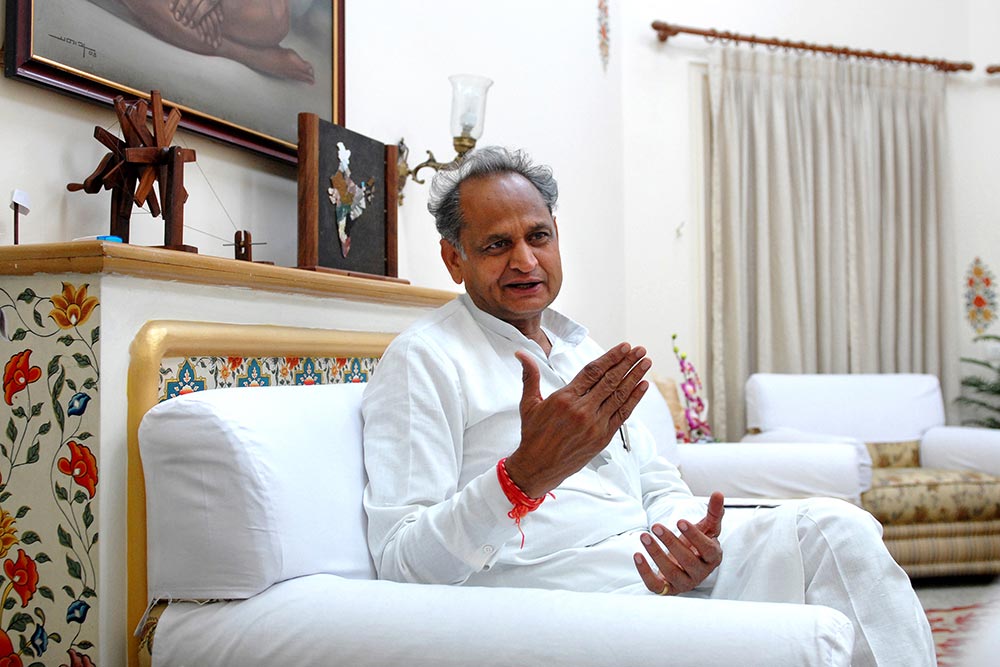 Makar Sankranti is alive with myriad kites dancing in the clear blue skies in Jaipur. It’s a big festival and we seem to be the only visitors in the elegantly laid down chief minister’s office. Bang on time, Ashok Gehlot walks in, for the third time in his career to these offices, with a marked spring in his steps. He is an old-world politician, warm and unassuming, enquiring after our well-being and insisting we all have sweets with him. Gehlot says he will not let another lynching take place in his state, Rahul Gandhi has never used his family to win votes and that Narendra Modi has lost his chance to come to power again.  Excerpts from an interview with Satish Padmanabhan:

Compared to the mood of the people during campaigning, is the final result a disappointment?

There were some shortcomings in the ticket distribution. This gave a jolt to the mood prevailing at that time. But Rahul Gandhi had set an agenda for jobs for the youth and helping the farmer right from the Gujarat polls to...