CM With A Teflon Coat

No dirt sticks on Naveen Patnaik. Here’s how. 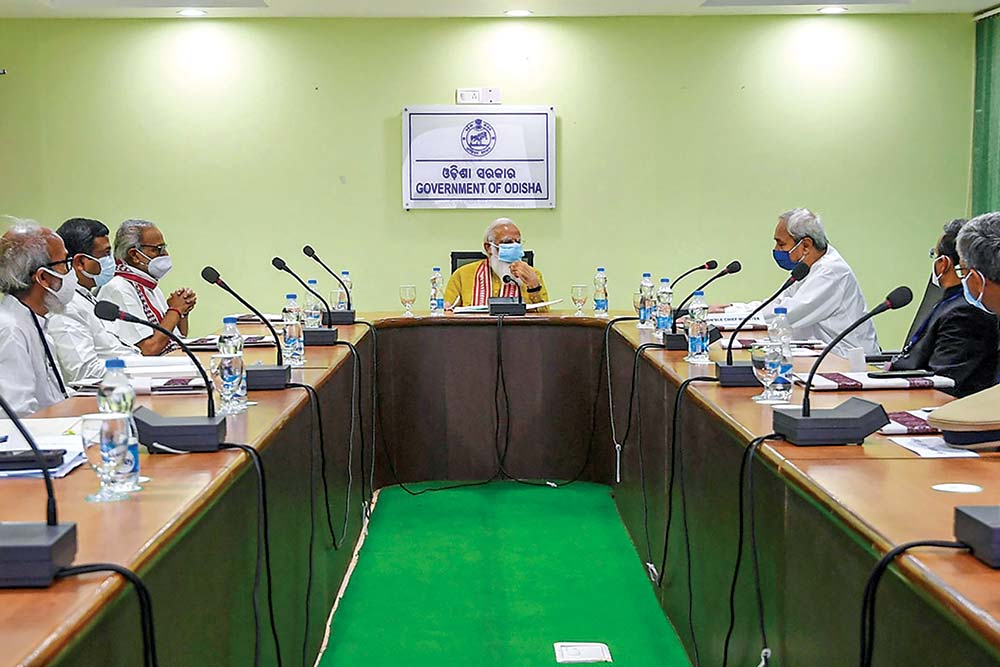 His state may be down in the bottom rungs on most human development indices, but nothing seems to affect Odisha’s Naveen Patnaik, the country’s longest-serving chief minister, who continues to tower over all others. Odisha has slipped from 15th position to 19th, figuring among the bottom five, in Niti Aayog’s annual ranking of states in Sustainable Development Goals (SDG). Yet, Naveen’s image as a saviour of women remained unblemished despite crimes against women rising from 94.5 per lakh women to 103.5 in the past year even as sex ratio at birth fell from 938 to 933. Even his government’s unabashed promotion of liquor has failed to cut into his popularity with women, who are at the forefront of the anti-liquor movement. Most assessments said over 70 per cent of female voters voted for his party in 2019—the biggest reason for the BJD winning a record fifth successive term.