The BJP had grand campaign plans for Bengal, but is stalled in its tracks by a canny TMC 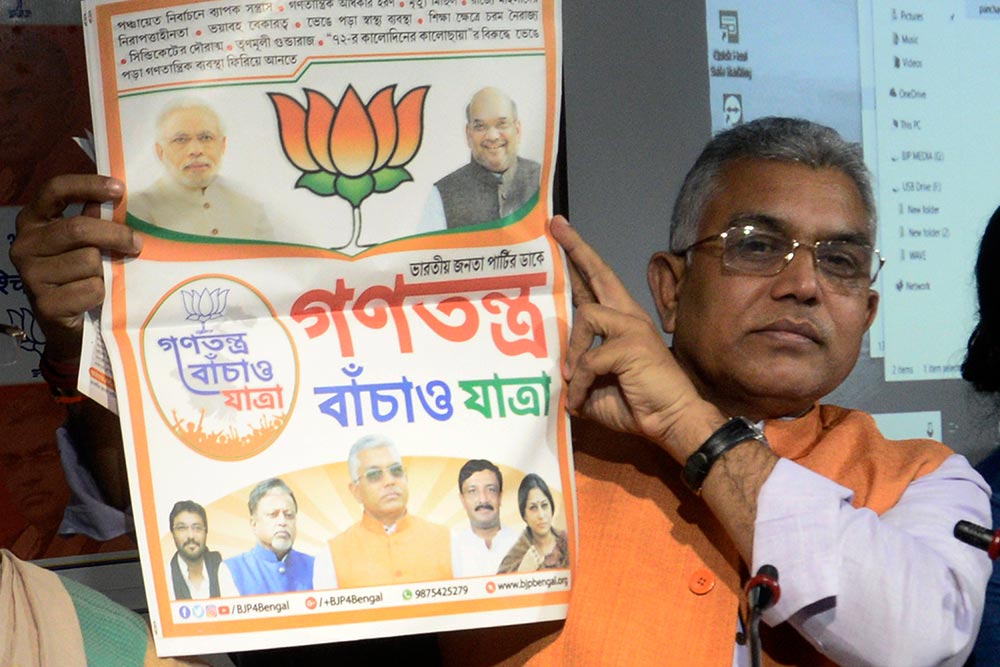 Not A Start
Bengal BJP chief Dilip Ghosh with a programme of the yatra
Photograph by Getty Images
Dola Mitra December 19, 2018 00:00 IST Chariots Stuck In Lowlands

A “murder of democracy”, cried BJP’s Bengal president Dilip Ghosh shrilly. The reference was to the Mamata Banerjee government’s repeated refusal to grant permission to the party to hold ‘Rath Yatras’ in West Bengal.

Planned since early 2018 as the programme that would kick-start the BJP’s massive Bengal campaign before the general elections of 2019, the ‘Ganatantra Bachao’ or ‘Save Democracy’ mega rallies were to take off from different parts of the state in December. BJP national president Amit Shah was supposed to flag off a procession from north Bengal’s Cooch Behar district. Other BJP leaders slated to be present for the programmes were Assam CM Sarbananda Sonowal, BJP general secretary in-charge of West Bengal, Kailash Vijayvargiya and Tripura CM Biplab Kumar Deb. The centrepiece of the rallies was to be Prime Minister Narendra Modi, who was to make an app­earance during one or more segments of the rally on Sunday, December 16. But the Bengal Police, denying permission in a final, official...