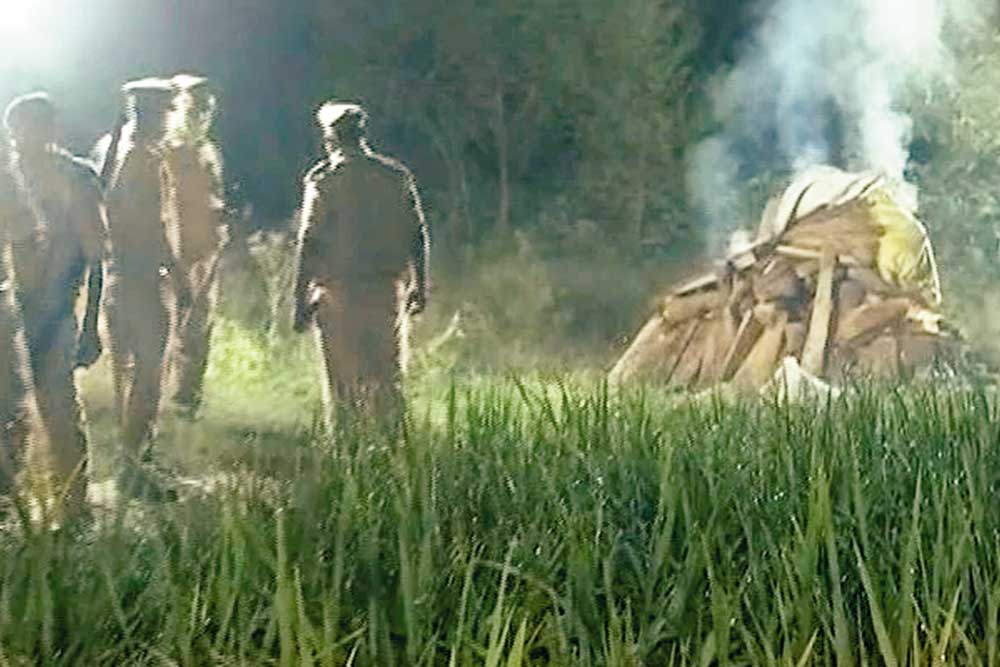 Police burn the body of the Hathras victim

It is a Kafkaesque world where the caste of a victim decides whether she actually faced the horrors that she spoke of before dying. The shadow of the accused’s caste looms large too as her brutalised body is consigned to flames by lathi-wielding policemen in secrecy, under the cover of darkness, depriving her family the right to perform the last rites. As flames of the pyre cast eerie shadows on the sullied land and embers glow red like angry eyes, the image of this dystopia is complete.

On a September night, when four upper caste Thakur men allegedly gang-raped and  strangulated a 19-year-old Dalit woman—her spine was broken in the brutal assault—Hathras emerged as a microcosm for a community whuch has historically faced oppression.

What happened in Hathras in Uttar Pradesh on September 14 numbed a nation where everyday atrocities on women often become an inside-page, single column news. Lines...