Call Of The Black Pyramid 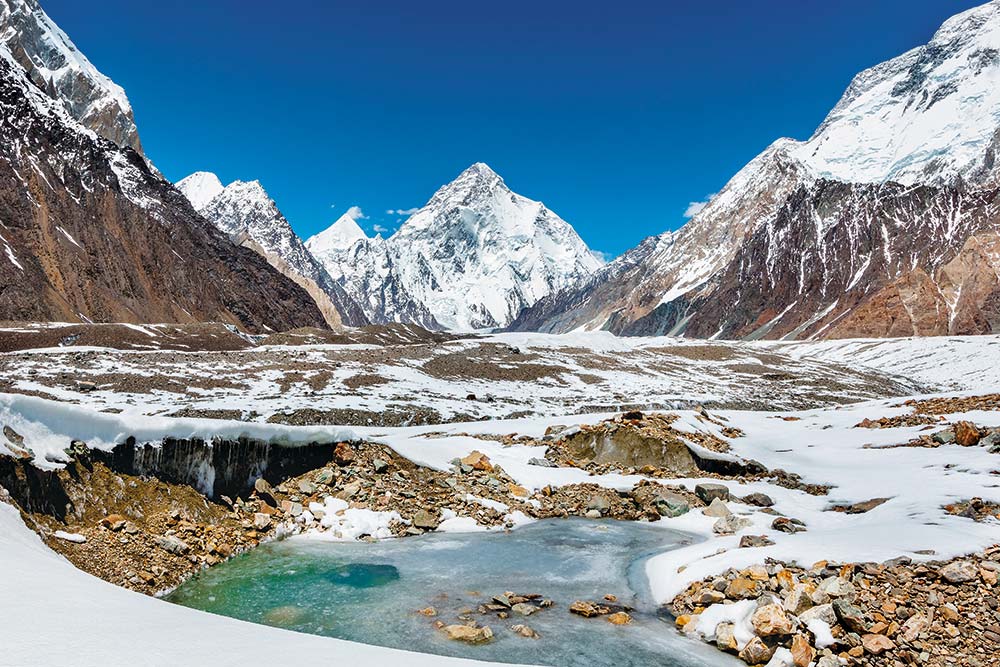 In the eyes of their intrepid wooers who repeatedly, and obsessively, answer their irresistible call, often perishing for their amour fou, mountains have different faces. Once the great alpine peaks like Matterhorn and Eiger—once thought to be the abode of dragons—had been conquered in the 1850s and ’60s by pioneering mountaineers, the next generations exerted themselves on climbing them from every possible rocky route, fiercely competing for the difficult ones. The same pattern obtained after the great Himalayan peaks swam into the ken of climbers from the early 20th century. Once Annapurna was climbed in 1950, the others fol­­lowed soon: Everest and Nanga Parbat in ’53, K2 in ’54, and Kanchenjunga in ’55.  The next decades were spent in mastering every crag on every ‘face’ that lay across the paths of the peaks.

Yet, one peak stands apart in icy haughtiness for being especially dangerous: the Karakoram’s mighty K2, its history scarred by a deadly statistic—one person dies on it for every four who...