Bypolls To Their Rescue 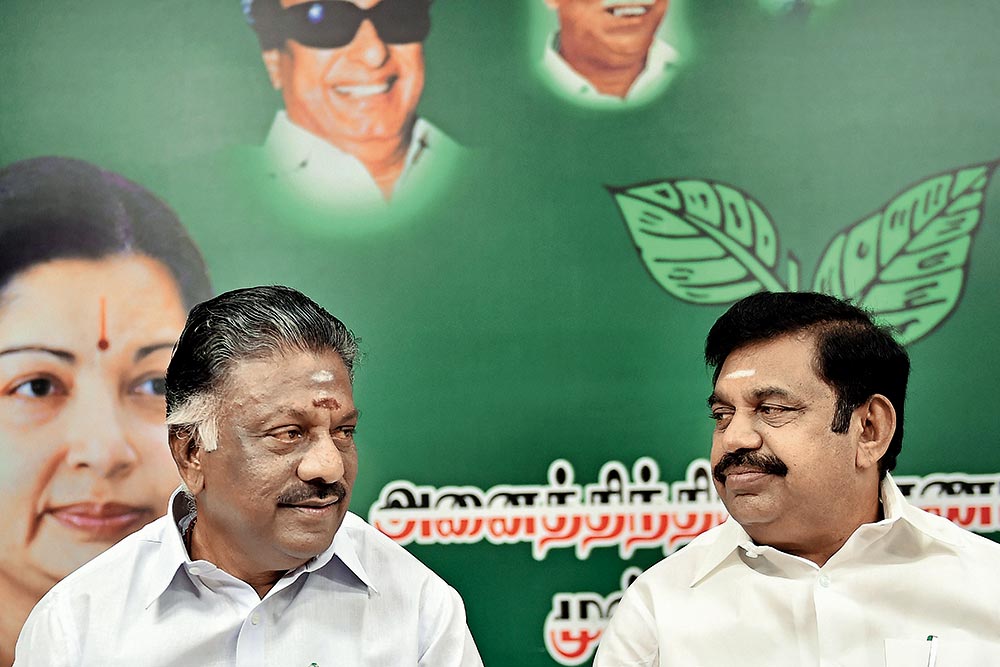 As the results for the Lok Sabha seats in Tamil Nadu rolled in on May 23, chief minister Eda­ppadi K. Palaniswami ­realised within the first hour that they were losing badly. But his attention was focussed on something even more important—results of the byp­olls to 22 assembly seats that were also trickling in. By the end of the day, Palaniswami could breathe easy—though the DMK outstripped his ­AIADMK by winning 13 assembly seats, Palaniswami was content with the nine seats that came his party’s way. Those nine seats ens­ured that his government, surviving with just 113 MLAs (excluding the Speaker) in a house of 234, would now have a ­comfortable ­majority of 122. If the DMK had won all 22 seats, it would have been in a position to form the government along with its allies, claiming a­ ­majority of 119.

With those results, Palaniswami  again proved to be Tamil Nadu’s ultimate political survivor, having already weathered a challenge by T.T.V. Dhinakaran who walked away with 18 MLAs when Palaniswami and his...