But For The Train To Jiribam, Manipuris Still Love To Go Back To Chennai 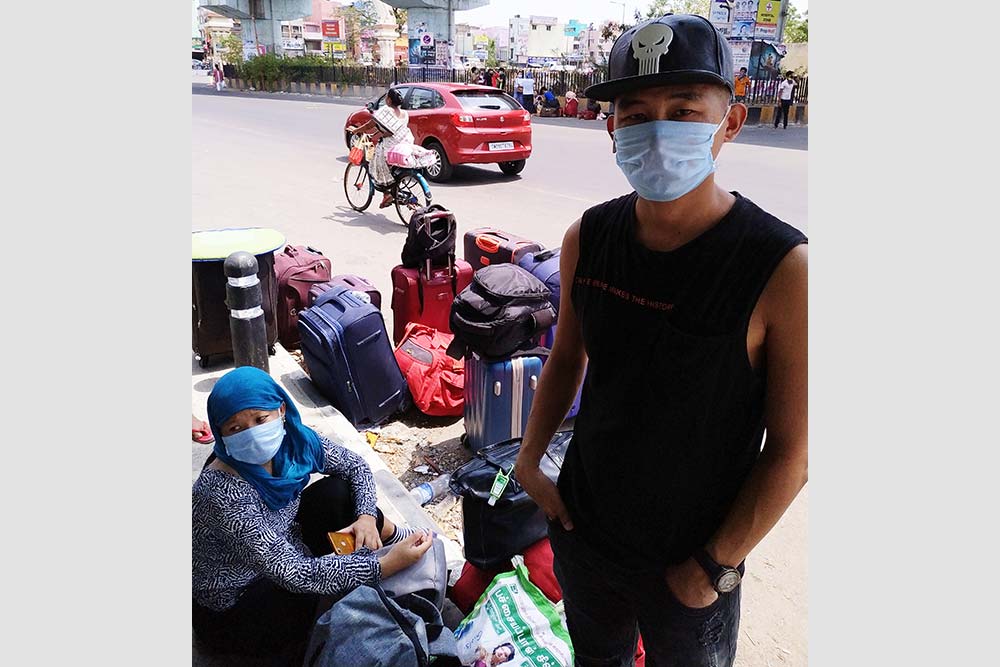 Photograph by G C Shekhar
G.C. Shekhar May 29, 2020 00:00 IST But For The Train To Jiribam, Manipuris Still Love To Go Back To Chennai

Just close to the famous twin arches of Anna Nagar in west Chennai, a group of people from the Northeast are waiting on the footpath at a sparsely shaded spot. Surrounded by suitcases and bags, they are looking up the main road for the bus that would pick them up and take them to the Central Railway Station. There they would board the first Shramik Special meant for the Northeast that would terminate at Manipur’s Jiribam railway station.

Waiting for the bus, Namdi says he and his elder sister, 30-year-old Ling, have been working in Chennai for the past five years. While he was employed as a salesperson on the counter for a high-end textile showroom at Phoneix Mall in Velachery, his sister worked as a beautician in a parlour nearby. “Chennai has been kind to us until this lockdown happened. We managed on our savings for a while before deciding to return home and stay there until things became normal,” he adds.