Braving Death, Lakhs Of Migrants Return Home To A Tense Future. Will There Be Light After Darkness?

At least a 100 died on their desperate journey back home. India’s rural economy will be tested when lockdown is lifted 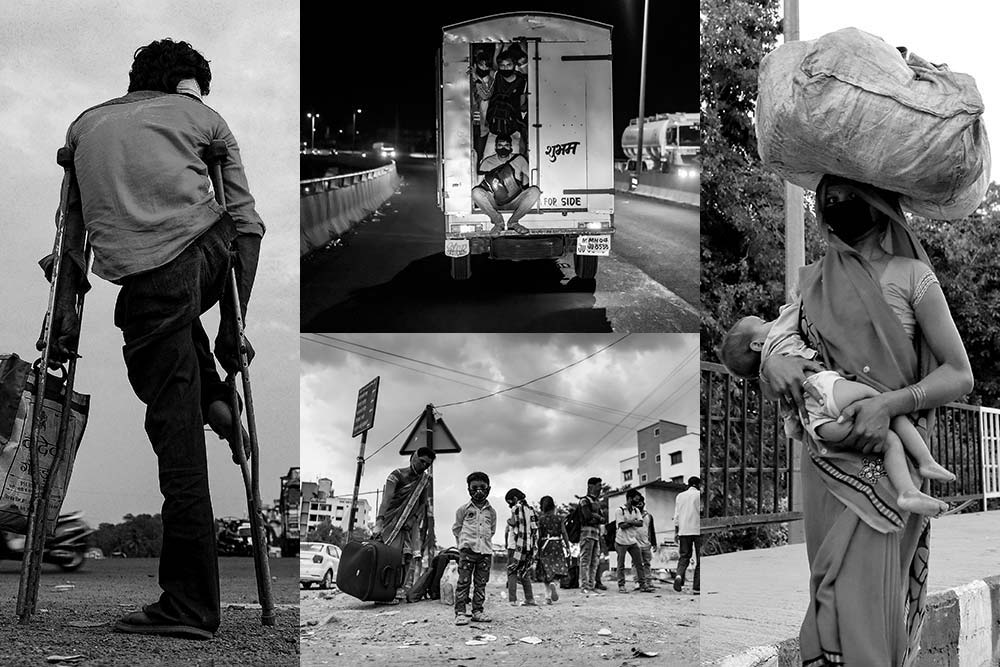 Photograph by PTI, Apoorva Salkade & Suresh K. Pandey
Salik Ahmad May 29, 2020 00:00 IST Braving Death, Lakhs Of Migrants Return Home To A Tense Future. Will There Be Light After Darkness?

How do you trace the outlines of pain on a gigantic, subcontinental scale…a cartography of pain, if you like? Take as your sketching ink some extremes of the human condition. As it happens, it’s available in plenty in the real world. The basic facts will do. On May 23, a 48-year-old migrant labourer died on the Shramik Express—minutes before the train from Mumbai pulled into the last station, Varanasi. A fabled last station, civilisationally. But why did Jokhan Yadav die? First, there was the heat. Then, he had gone without food or water for over 60 hours, as he moved over the northern Indian plains, like lakhs of others, trying to reach his hometown Jaunpur. No food or water was served on the train during the entire journey. And stick-wielding GRP personnel wouldn’t let anybody get down from the train. It thus became, in a perversion of how it was intended, a moving concentration camp.

Now take such a picture and paint it again and again, or photocopy it a few million times for efficiency. Then we can begin to fathom pain that comes in the size of...