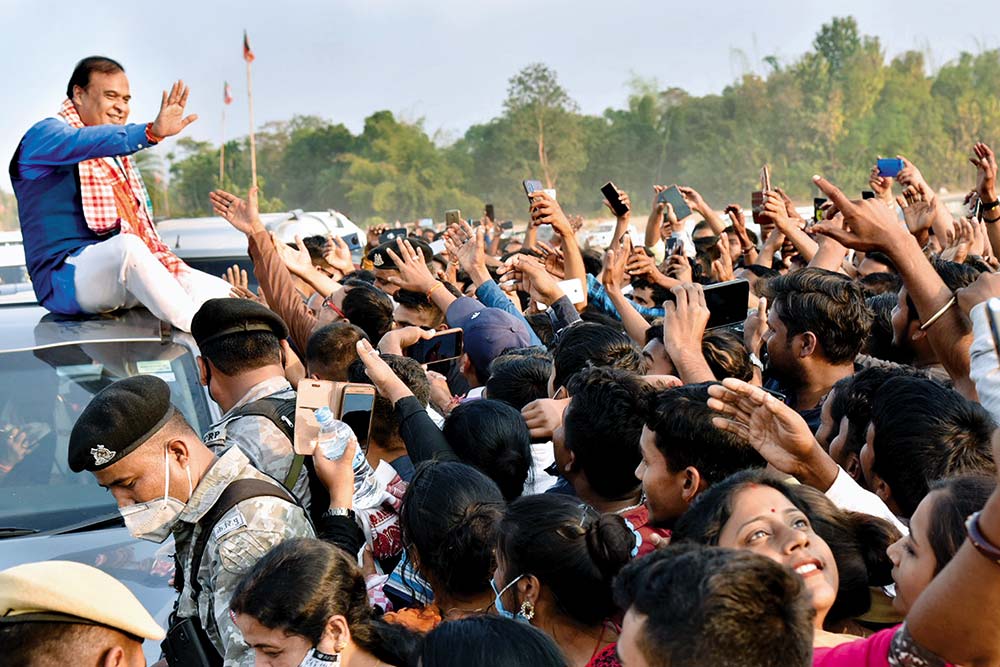 Curious things happen in politics—stranger than leaders switching sides to embrace ideologically opposite parties. But Golaghat constituency in Assam presents a picture bordering on the bizarre. MLA Ajanta Neog is the BJP candidate for the seat and she is up against a familiar foe, Bitopan Saikia of the Congress. That is not the story. In 2016, Neog was the Congress candidate and Saikia was with the BJP. Neog joined the BJP recently and was named the Golaghat candidate. A miffed Saikia found a new home in the Congress. Golaghat is a sub-plot in the unfolding theatre in Assam—Elections 2021. But it gives an idea about the political churning: the ruling BJP is luring ‘winnable’ leaders while opposition parties are hedging their bet on ‘discards’. Even that is not the entire story. Five years after winning Assam—a traditional Congress stronghold—for the first time, the BJP is facing a bigger challenge than it would admit. The Congress-led alliance of eight parties, including the All India United Democratic Front (AIUDF), actually...