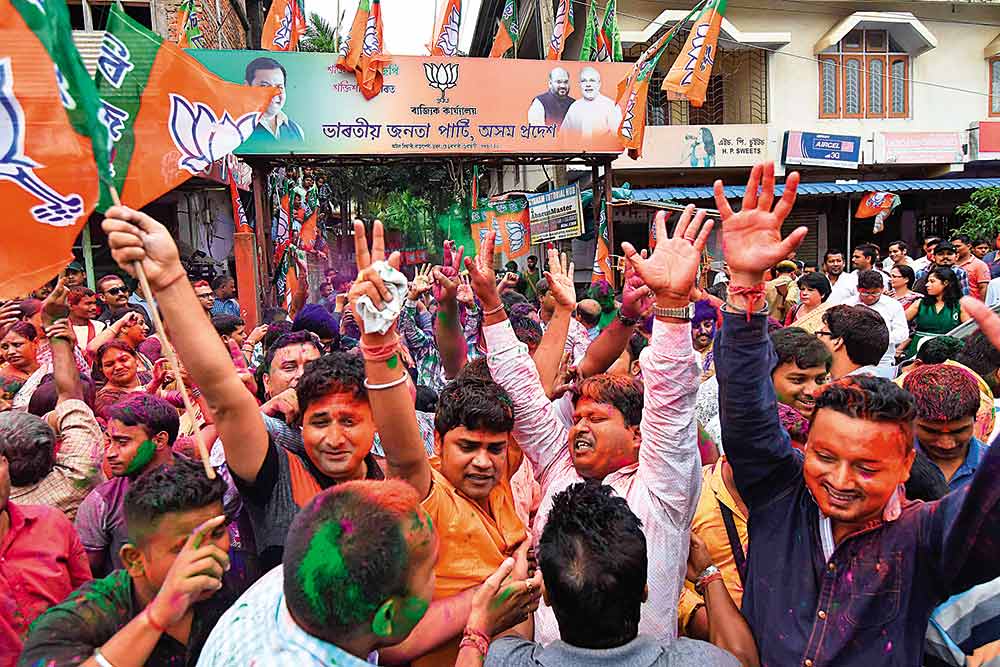 In 2017, a book titled The Last Battle of Saraighat: The Story of the BJP’s Rise in the North-East had sparked controversy in Assam for terming Assamese sub-nationalism as “anti­-Indian” and a “subversive idea”. The book was authored by two political act­ivists who were actively associated with the BJP’s successful campaign in the 2016 assembly elections. For a large number of people of the state, sub-nationalism—jatiyotabad—is the indelible, undeniable marker of Ass­amese identity. And the book, by Rajat Sethi and Shubhrastha, was seen as an attempt to further the RSS’s idea of subsuming regional identities into an all-encompassing Indian nati­onalism.

Two years later, and after yet another spectacular show in the Lok Sabha elections, the BJP would have reasons to bel­ieve that Assam has embraced nati­onalism over sub-nationalism. And the biggest sign of this would be the decimation of the flag-bearer of Assamese regi­onalism, the Asom Gana Parishad (AGP), which is facing...