Chirag Paswan has done the unthinkable by pulling out of the NDA. But there could be a method to this madness. 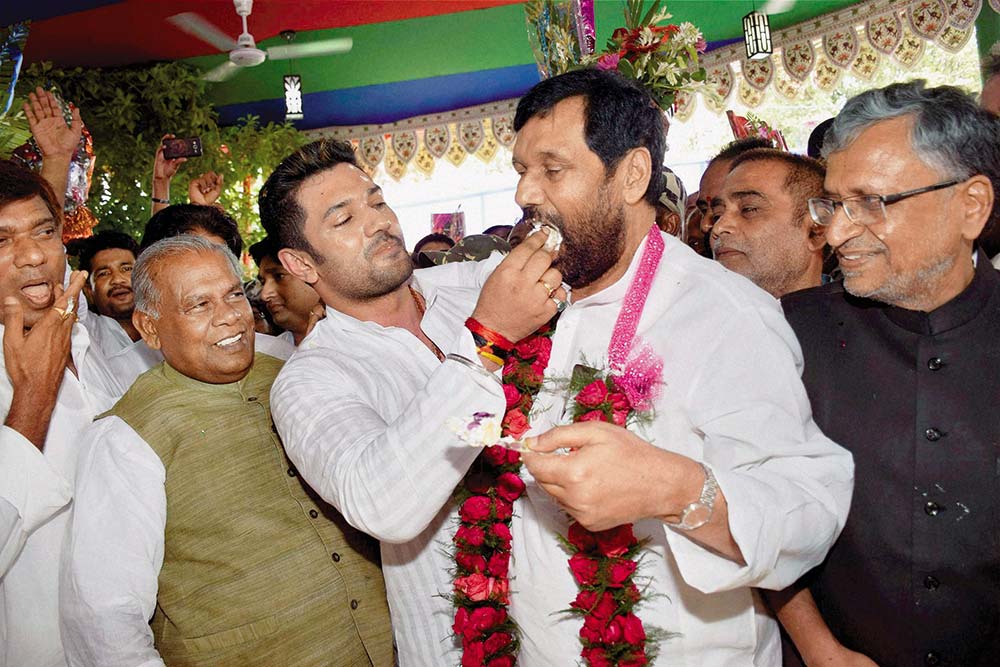 For a craftily audacious poll strategy, propelled by quiet confidence, Chirag Paswan is the unlikeliest scene-stealer amid the hurly-burly of Bihar assembly elections. His stiff, and lofty, target is the mighty Nitish Kumar, who is eyeing reelection for his fourth term as CM.

Chirag’s Lok Janshakti Party has only two MLAs in the 243-member Vidhan Sabha, but the 37-year-old appears to be playing his cards with the guile of a master poll strategist—much like his father, the recently-deceased Ram Vilas Paswan, who punched above his political weight for four decades through sheer astuteness. Chirag’s recent move to exit the NDA—but not at the Centre—and go solo in the state polls, with or without the tacit support of the BJP, betrays a fearless ability to take risks. Speculation surfaced about his motives, but will Chirag’s gamble pay off, now that his father, known for his near-infallible pre-poll strategies, is not around to show him the way?