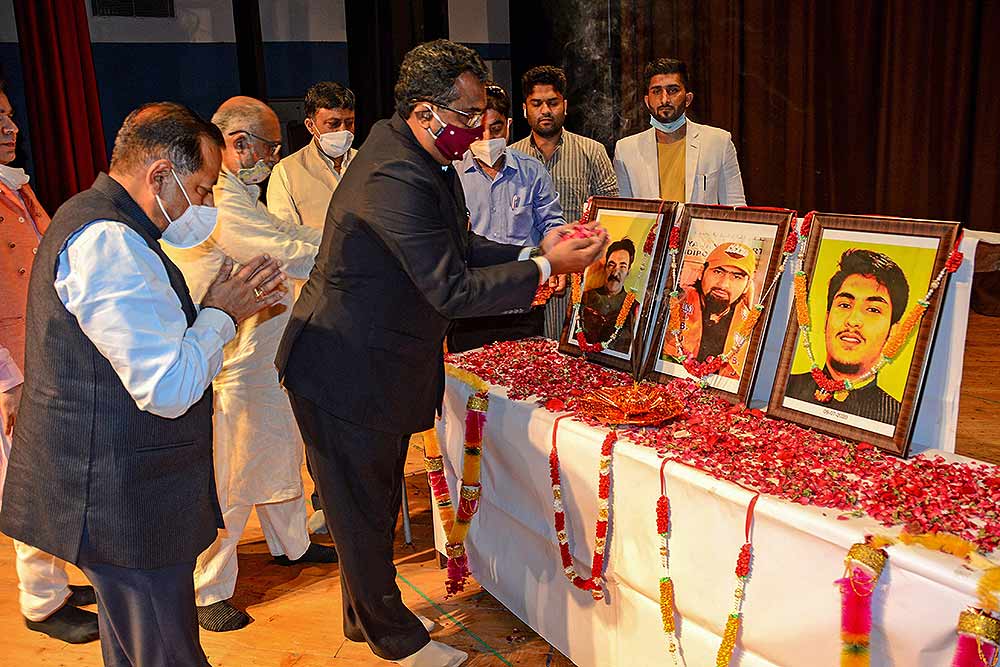 The Indian tricolour and BJP flags flutter atop the three-storey house of slain BJP leader Wasim Bari, just opposite the Bandipora police station in Muslimabad and a few metres from the district court. It is also the local office of the BJP. On June 23, Bari had organised a function to commemorate the death anniversary of Jana Sangh founder Syama Prasad Mookerjee. He made a collage of Mookerjee’s pictures and lit lights around it. The video he posted on social media had the voiceover of Union home minister Amit Shah paying tribute to Mookerjee. On the evening of July 8, Bari, his father Bashir Ahmad and brother Umer Sultan were shot dead at their shop. The policemen supposed to be guarding them were at their nearby house at the time and didn’t come out even after hearing the gunshots.