For Millions Of Indians, Caste Is The Truth

Facts, figures and frameworks are one thing. In times of aggravated politics, the capacity to understand discrimination itself deteriorates. 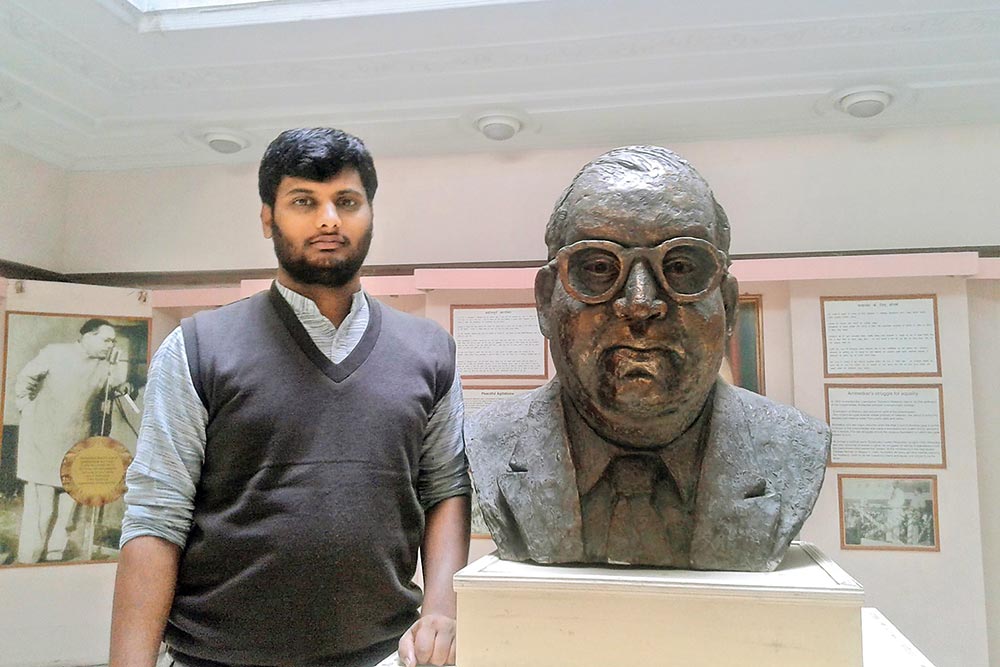 Some say the narrative changed permanently after January 2016, with PhD scholar Rohith Vemula’s suicide—an abs­olute statement of dissent if ever there was one. It seemed nothing short of a new Dalit movement; things appeared serious enough for the Modi regime to sack a cabinet minister from Telangana, even to change the controversial HRD minister. The JNU episode followed just after, in February. The subsequent crackdown was read by young Dalits as a means to suppress the mobilisation post Vemula’s ‘institutional murder’. A few months later, Una followed, almost with a rhythmic inevitability, capped finally by the brief lapse of the Atrocities Act. The Dalit question, therefore, has grown to bear heavy upon the political mindspace as India goes into elections.

In the University of Hyderabad (UoH), where the spark was lit first, final year PhD (economics) student Dontha Prashanth (in pic), one of Vemula’s comrades, is clinical in his anger. “Elected governments are patrons of caste Hindus, and they meet a large corpus of...