All pre-election talk of Narendra Modi and Amit Shah being cut down to size evaporated after the Lok Sabha elections were declared. But BJP's confidence to win majority on its own was backed by genius of a strategy, writes Anirban Ganguly 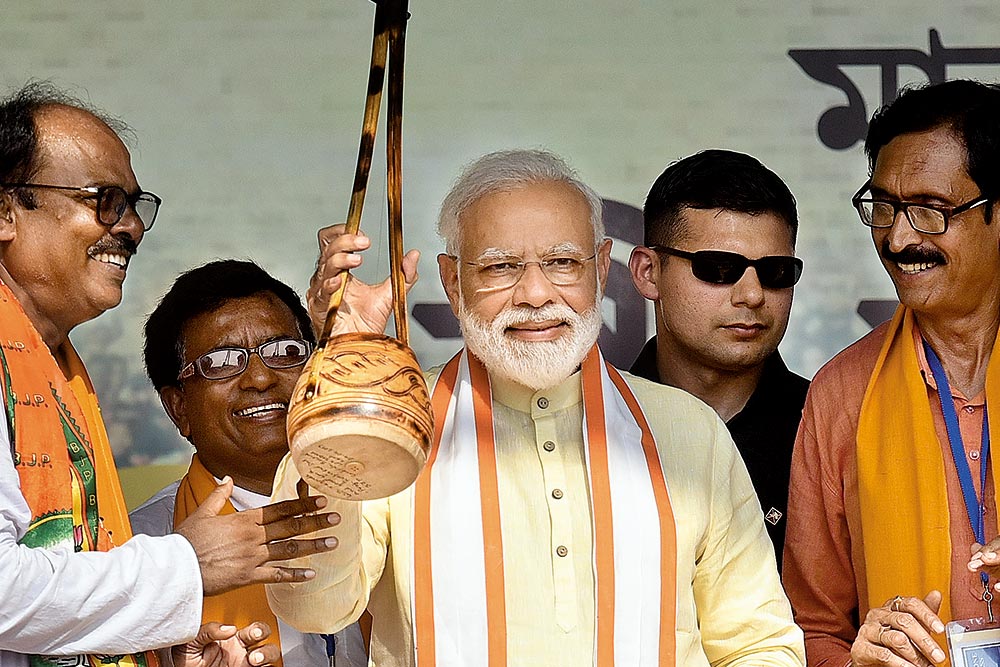 Much ink is now being expended trying to decipher why and how Narendra Modi and the BJP he led in the battle for 2019 won such an epic mandate. Throughout the election campaign there were perhaps only two individuals who were certain the BJP will alone cross the 300-mark. They were Modi and Amit Shah.

Shah kept insisting that the BJP would, on its own, cross the mark, that it will be a mandate larger than the one it won in 2014. He was unflappable when giving out the numbers. For Uttar Pradesh, Shah predicted the BJP would bag bet­ween 60 and 65 seats and that it would fight for 50 per cent of the vote share. The Mahagathbandhan, he kept saying, was a non-starter, the votes would not be transferred, and it is an alliance that had no takers among the workers, voters and supporters. Many had then thought Shah’s proposition to be preposterous, they had also laughed it off, the dominant narrative in the months and days before the elections was that of the BJP’s rout in the state and how that would dash its hope of repeating 2014. The elite thinking clubs had...