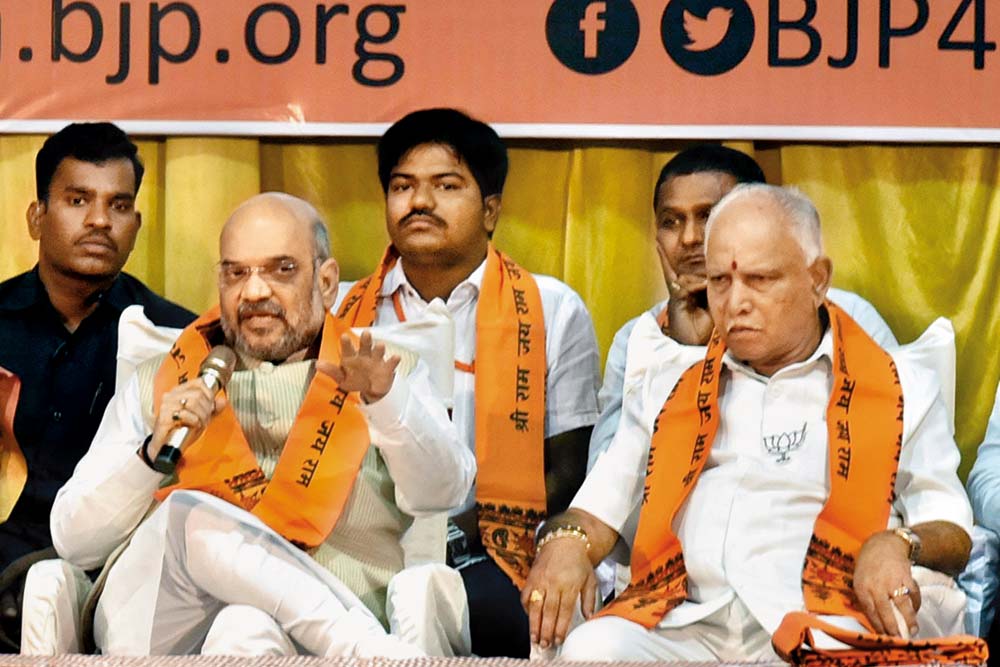 Reined In
The BJP has sidelined most of the old guard in Karnataka
Photograph by Getty Images
Ajay Sukumaran September 04, 2019 00:00 IST BJP's New Game Plan In Karnataka Hinges On Caste Factor

When B.S. Yediyurappa induc­ted 17 ministers into his cabinet three weeks after he ­became the Karnataka chief minister, he had to not only wait for a go-ahead from Delhi, but also appoint three deputy chief ministers. To most observers, it was a sign of the BJP’s central leadership taking firm control of a chequered state unit.

The choice of deputy CMs—Govind Karjol, Laxman Savadi and C.N. Ash­wath Narayan—came as a surprise to most party members as well, given that they had trounced some of the old guard to the post. But it was clear that the caste combinations had been carefully worked out. Karjol, a senior leader, ­belongs to the Madiga community. One of the most backward amongst the scheduled castes of Karnataka, the Madigas have long felt neglected and increasingly shifted support to the BJP. Although Savadi and Narayan are from the dominant Lingayat and Vokkaliga communities respectively, they weren’t prominent faces—Savadi had contested from Athani in the 2018 state polls, but lost, and Narayan is a first-time minister....