Yet again Narendra Modi's squeaky clean image was a gamechanger in the Lok Sabha elections 2019 in Maharashtra. The state's young and urbanised voters, eyeing prosperity, gave agrarian issues a pass 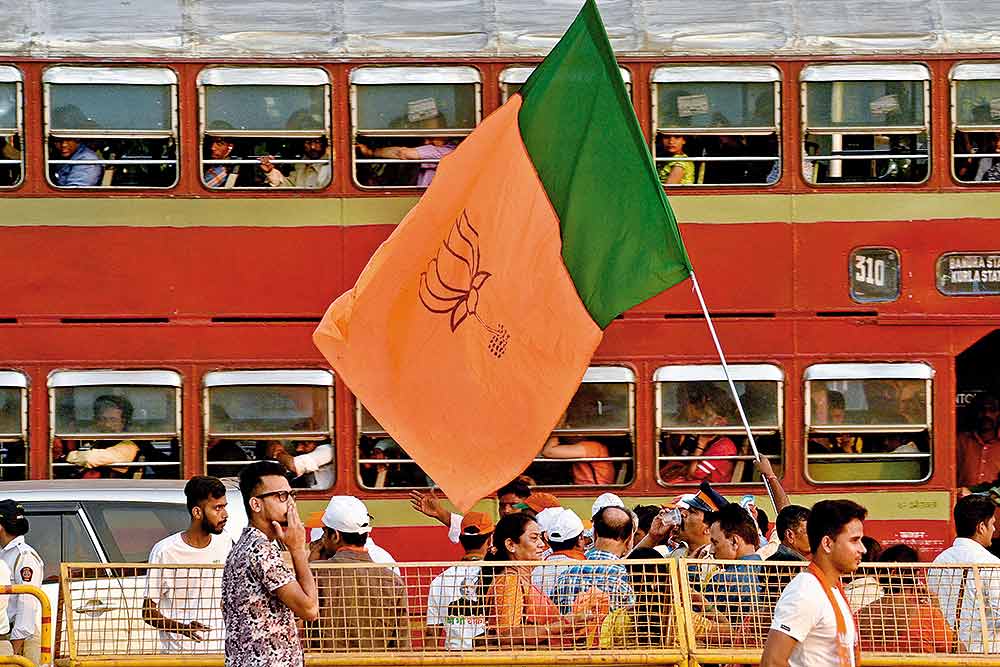 Mumbai Red
BJP flag against the backdrop of a double-decker
Photograph by Getty Images
Prachi Pinglay-Plumber May 25, 2019 00:00 IST BJP Soared Over Agrarian Distress In Urbanised Maharashtra But Have To Right The Wrongs

The Marathi Manoos has spoken and right now his overwhelming support is for the saffron party. If the mood of voters were to reflect in numbers, the Sensex would be as appropriate an index as the election results. Crossing 40,000 for the first time, the Sensex has been at an all-time high since the exit polls declared the BJP to be a clear winner. It closed lower than the magic number because of profit-booking, but there is no mistaking the market’s mood—as also that of Maharashtra’s voters.

“We had observed a silent wave in PM Modi’s support, which would transform into a tsunami. Especially the middle class and the poor were eager to elect Narendra Modiji. And…Modiji has got a never-before mandate,” CM Devendra Fadnavis told the press, adding that people in drought-hit Maharashtra believed his government’s promise of supporting them with the help of the Modi government.

The Congress and the NCP got a drubbing across the state, while the CPI(M) lost in Dindori, from where the Kisan Long March had started this...