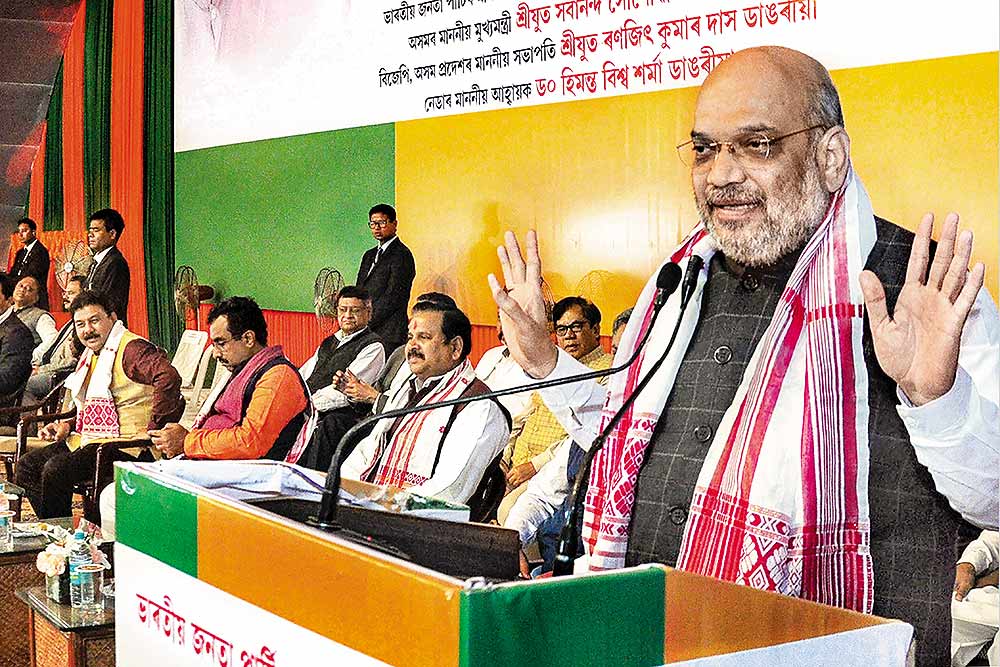 Firecackers were burst on busy streets across the Northeast. Supporters  of students’ organisations and political parties distributed sweets. Ordinary passers-by joined the celebrations, breaking into impromptu jigs. Word had just come from Delhi that the contentious Citizenship (Amendment) Bill 2016 had lapsed. The BJP-led government at the Centre did not table it for debate in the Rajya Sabha on the last day of the budget session on February 13. For many in the Northeast, it was a victory after months of protests—sometimes violent—against the bill aimed at providing concessions to non-Muslims from three neighbouring states in getting Indian citizenship. The bill has been passed in the Lok Sabha.

A few days later, BJP president Amit Shah threw down the gauntlet. Again. Addressing a meeting of the BJP’s youth wing in Lakhimpur, Shah said the BJP government will reintroduce the bill to prevent Assam from “turning into another Kashmir”. This came days after 42 CRPF troopers were killed in Kashmir in one of the worst terrorist attacks...