Bayonets Fixed: Fight Of Their Lives

Naya Chor, Fazilka, Basantar, Chhamb…. Battles that have vanished into the fog: on cold winter sands, a site vulnerable on three flanks, a strategic highway, a vital bridge. 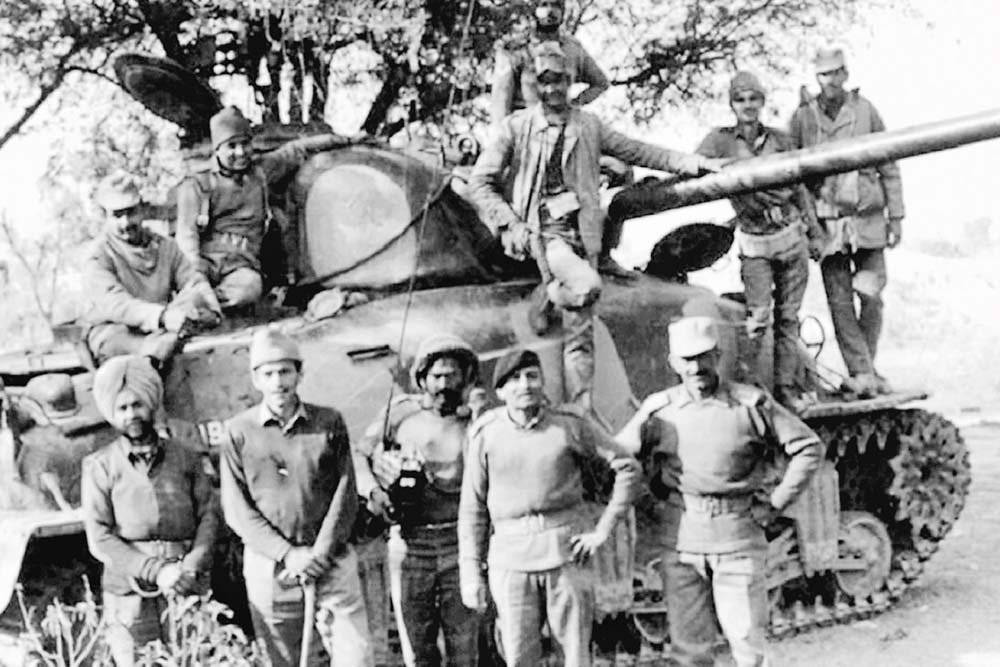 Pakistan’s Naya Chor, opposite the Barmer Sector in Rajasthan, was the Sector Headquarters of the Pak Command, and the key node, defending deeper penetration into Sindh.

Tasked with the capture of areas upto Naya Chor, on the night of December 4/5, 1971, India’s 11 Infantry Division launched a three-pronged offensive, the main thrust being the Munabao-Parbat Ali-Naya Chor axis. IAF carried out airstrikes on the evening of December 4, to facilitate the task. By the night of December 12/13, 1971, Indian forces had penetrated more than 80 km into enemy territory, and in a particularly daring offensive, captured Parbat Ali—a fortified and formidable defensive position. Three successive counterattacks by Pakistan were beaten back, leaving 57 Pakistani soldiers dead and 35 POWs.

Pakistan was compelled to reinforce the Naya Chor sector, with reserves diverted from sectors opposite the Western Command. Challenges of desert mobility and the declaration of ceasefire three days later stopped the offensive at...