Battle For Dilli | No Modi-Bashing, AAP Aims To Ride On Good Work To Keep BJP At Bay

After giving Delhiites access to quality education and health, Arvind Kejriwal's AAP government is wooing voters with freebies ahead of next year's Assembly elections 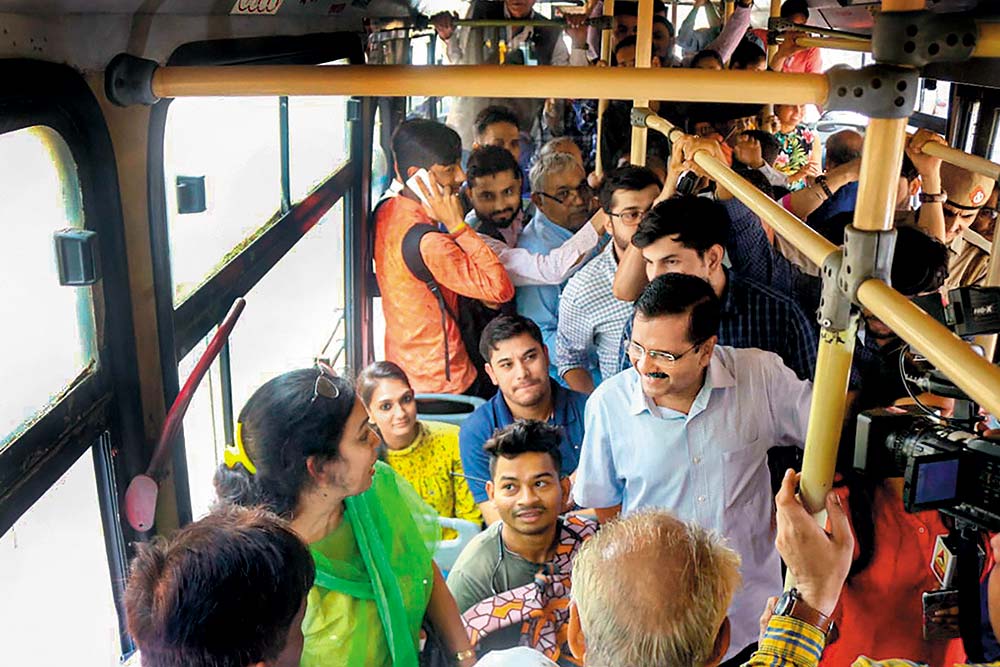 Ticket To Ride
Arvind Kejriwal talks to passengers after rolling out the free bus ride scheme for women.
Photographs by PTI
Preetha Nair October 31, 2019 00:00 IST Battle For Dilli | No Modi-Bashing, AAP Aims To Ride On Good Work To Keep BJP At Bay

(Alas! What a revolution, due to cruelty of the age
Delhi slipped out of Zafar’s hands in a moment)

Nineteenth century poetry by the last Mughal emperor may not be apt for modern electoral battles but the verses do provide invaluable context for any battle for Dilli—a vibrant, pulsating city which has been at the heart of all power struggles in the vast swathe of land that is India. Early next year, when assembly elections are slated for the city-state of Delhi, this battle will have many layers, many meanings for the BJP. It’s the modern version of the all-conquering empire that now rules most of India. Yet, Dilli is out of its grasp still. And hence, this is a battle the BJP is determined to win—a battle of prestige, a battle for pride for the ruling party at the Centre.

For the BJP, Maharashtra and Har­yana are done, albeit not without some hiccups....