Bangalore hasn't had much road expansion since early 2000s. With no addition to its bus fleet, stiff fines for traffic violations is not the way forward, say experts 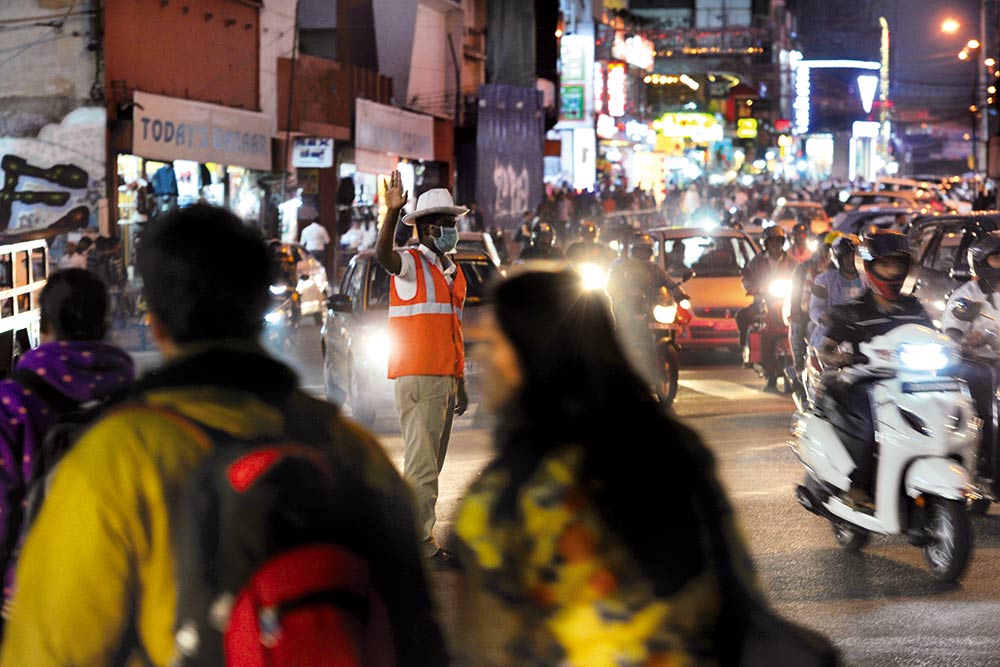 For years, a short stretch of flyover in downtown Bangalore drew sniggers and jokes—right at the top, believe it or not, was a traffic signal where vehicles from two ramps crossed. When the signal was done away with, authorities put down a clumsy divider of concrete blocks which always fell out of place because motorists rearranged them to squeeze through. Film-maker Pawan Kumar remembers driving up the Richmond Circle flyover on a rainy night with trepidation. The experience led to his 2016 Kannada film U-Turn­­—­­a supernatural thriller in which two-wheeler riders who sneaked past the median met a mysterious end.

“The film worked because people saw it as any traffic violation that can come and hurt you,” he tells Outlook. “I’m all for steep traffic penalties.”

The MV Act surely has had an effect—officials note a 15-20 per cent rise in applications at the Regional Transport Offices in recent weeks as motorists queue up to get their papers in order. Just on September 18, the Bangalore police...